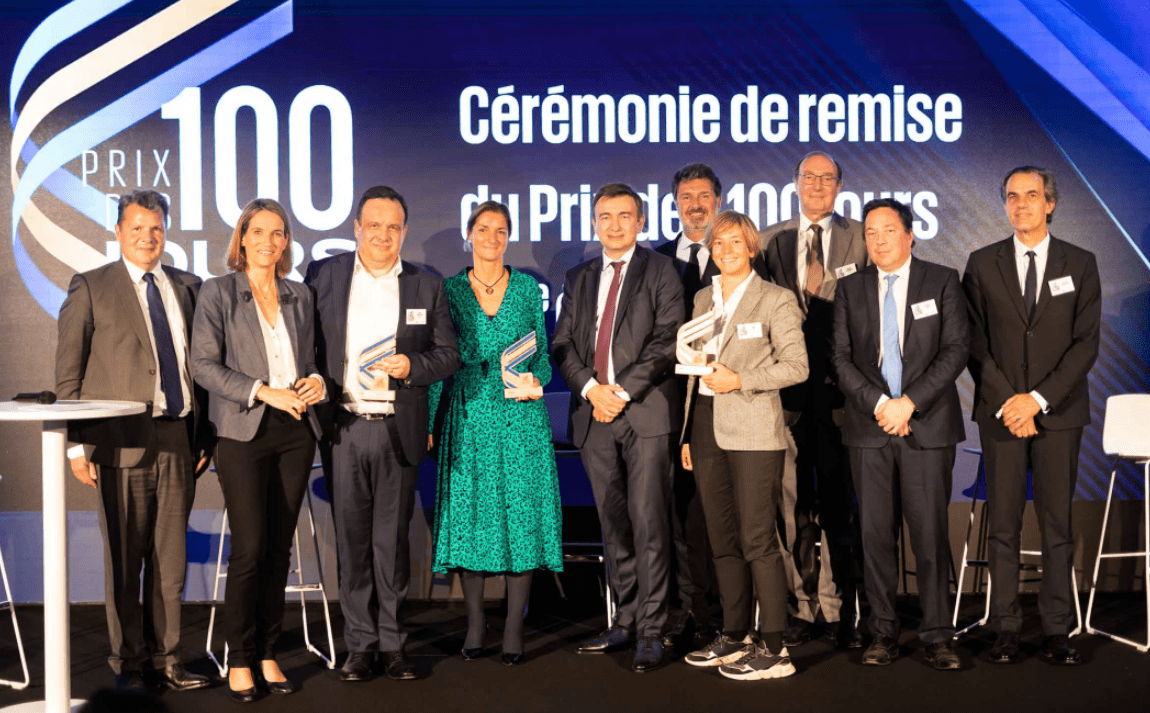 Nexans has won the Strategic Plan Award at the 7th edition of the EIM-KPMG "100 Days Award".

This award recognises the strategic choices made by Nexans and its CEO Christopher Guérin, who has succeeded in transforming the company's business model in an unprecedented context to become a pure player and leader in sustainable electrification.

This award is also in recognition of Nexans' firmly held belief that economic performance can no longer be dissociated from environmental performance and human well-being and commitment, as Christopher Guérin recalled on stage.

Some forty strategic plans, rigorous selective criteria and, at the end, a winner: on Monday, October 11, 2022, Christopher Guérin won the Strategic Plan Award, during the 7th edition of the "100 Days Award", jointly organised by the global audit and consulting firm KPMG and EIM, the European leader in interim management.

Launched in 2015, the "100 Days Award" recognises every year the actions of managers who have recently taken up their positions, who have led a major transformation project, or who have made a strong commitment to ESG issues.

Among the criteria that made Nexans stand out in its category were: the clarity of the plan, its courage, its resilience within its environment, the soundness of its internal and external communications and, finally, its consideration of the CSR dimension.

During the award ceremony, Christopher Guérin, CEO of Nexans, was presented with the Strategic Plan Award by Jean-Charles Ferreri, Partner Global Strategy Group at KPMG. This gave an opportunity for the CEO of Nexans to point out that in 2018, Nexans took a strategic shift and decided to break away from the race for volume to seek value creation. The Group has thus carried out a profound transformation of its businesses, returning to its DNA and its beginnings in electrification, dating back over 120 years. By positioning itself as the leader in sustainable electrification, Nexans places climate issues at the heart of its strategy.

“ By making this choice, we are looking ahead to the future and the growing need for electrical energy around the world. We are doing this to make the planet more habitable, on our own scale, and we combine this with the urgent need to develop recycling.

I would particularly like to thank the teams who have contributed to setting in place this strategic plan, a plan that is now based on a new methodology, SHIFT, which is unique in not seeking more and more, but rather to create value for our strategic customers. ”

The awards ceremony was followed by a round table on the theme "Faced with upheaval, adapt or transform?" with the 4 winners of the evening, as well as Mr Philippe Dessertine, French economist.