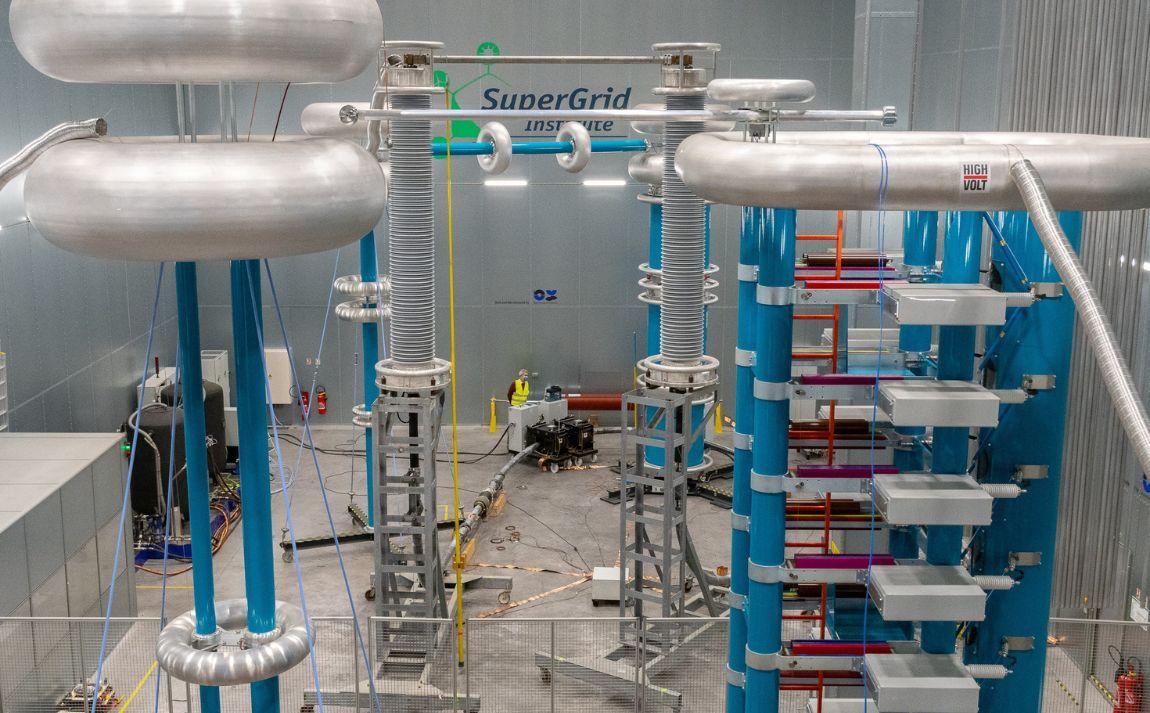 Nexans and SuperGrid Institute have recently performed a successful transient overvoltage test (TOV) on a 525kV DC cable system in accordance with new High Voltage Direct Current (HVDC) recommendations. The DC cable system, produced and installed by Nexans, successfully passed several sequences of damped oscillating voltage tests at both 350 Hz and 6 kHz using SuperGrid Institute's High Voltage testing facility. This is a new milestone for the development of a resilient interconnected European grid and the integration of renewable energy.

HVDC cable systems might be subject to system-specific transient overvoltage (TOV) during disrupting events such as a fault in a converter station or a failure to ground the cable itself.

Over the past several years, work has been undertaken to list and classify the most common TOV waveforms into a new CIGRE recommendation. The main European high-voltage laboratories have designed suitable test setups to adapt to clients’ requirements and perform a wide range of TOV tests.

Nexans and SuperGrid Institute have recently performed their first TOV test on a 525kV DC cable system, consisting of two external terminations, two joints, and an extruded DC cable. The DC cable system produced and installed by Nexans successfully passed several sequences of zero-crossing damped over voltage tests at both 350 Hz and 6 kHz.

“ The completion of this test demonstrates and confirms the robustness and high reliability of Nexans HVDC cable systems even under transient events at the highest voltage levels. ”

“ The validation of new damped over voltage test circuits is an important milestone for SuperGrid Institute’s high voltage laboratory. Located in the Lyon area (France), the laboratory is now ready to support European DC cable system manufacturers in the qualification of 525kV DC cable systems through extended type test programs, as required by TSOs. ”