Committed to preserve the oceans, Fabrice Amedeo has started the Route du Rhum 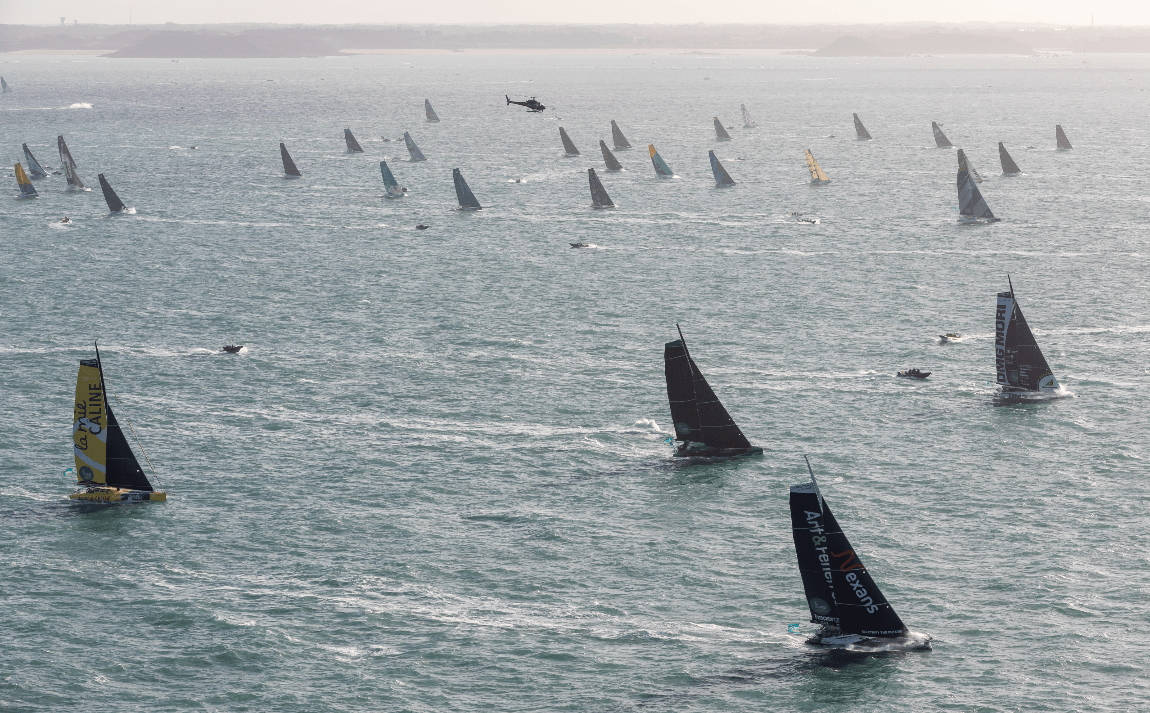 On November 9, 2022, Fabrice Amedeo and his 137 competitors started the 12th edition of the solo race across the Atlantic Ocean! On the program of this mythical event, a 3,543-mile crossing, i.e. more than 6,500 kms single-handed, from Saint-Malo in France to Pointe-à-Pitre in Guadeloupe.

Strongly committed to the preservation of the oceans, the skipper of Nexans - Art & Fenêtres works both at sea and on land to respect, as much as possible, an endangered territory. Driven by an unfailing motivation, he is committed to reducing the environmental impact of his sporting project and is taking on board a "green" sail, the first in the world made for an Imoca boat from recycled plastic.

The skipper installed a new sensor on board his boat to map marine biodiversity. After installing several oceanographic sensors to measure the concentration of microplastics in surface waters, the sailor will be able to collect eDNA (environmental DNA) and thus help measure the impacts of climate change on marine biodiversity and assess the migration or appearance of new species.

Promoting innovation and performance on board a competition boat, while working to preserve the oceans, these are the commitments and ambitions we share with Fabrice Amedeo.