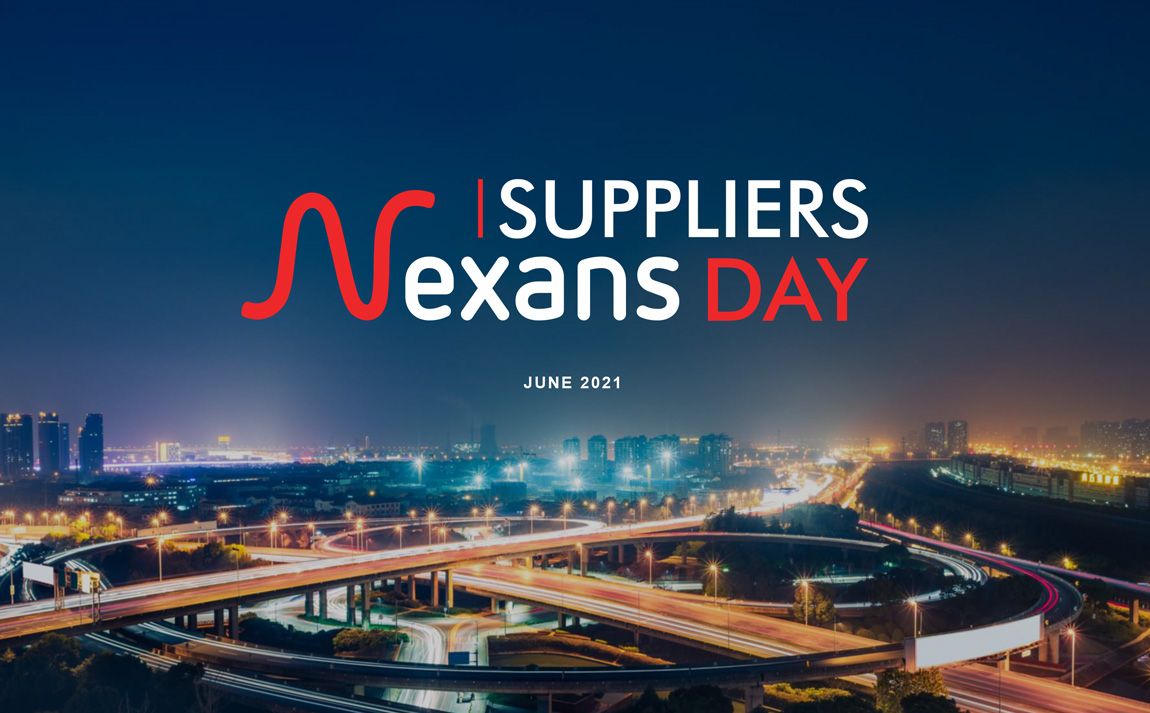 Developing and leveraging relationship with suppliers is an essential pillar of Nexans Purchasing strategy.

This Suppliers Day was an opportunity to share Nexans plans and ambitions. It also illustrates what the Group expects and offers in a new dynamic with Strategic Suppliers. A great moment also to gather suppliers inputs through both a survey and One-to-One sessions.

During the event, the key topics covered were :

Reliability and resilience to crisis were also highlighted in a more and more challenging context in which risk prevention and mitigation play a key role to secure our Customers’ on-time delivery.

Finally, the message was clear to Nexans Suppliers on the expectation to further differentiate and innovate with them as an essential lever to reducing total cost and performing better than the market.

The “Voice of Suppliers” recently performed revealed a great news : their main motivation is to further engage into a long term collaboration, leveraging Nexans growth potential in sustainable activities.

“ We want to be proud of our suppliers and you need to be proud of Nexans. The journey in which you are invited is extremely important in the coming future. As Nexans supplier, you will no longer serve a generalist but a pure electrification player. We will select our key suppliers not only from a profit perspective, but also with a focus on key items such as environment, engagement and the quality of relationship that we can develop on the long-term . This is fundamental. ”

“ A good balance between economics, collaboration and sustainability is really the starting point of what we want to achieve with our suppliers. ”

Nexans is proud to associate its Suppliers to its E3 Priorities: Engagement, Environment, Economics and would like to thank all Suppliers for their efforts and their commitment. Let’s serve the world of electrification by joining the ecosystem of electrification for a better planet with more sustainable energy and accessible to everyone.