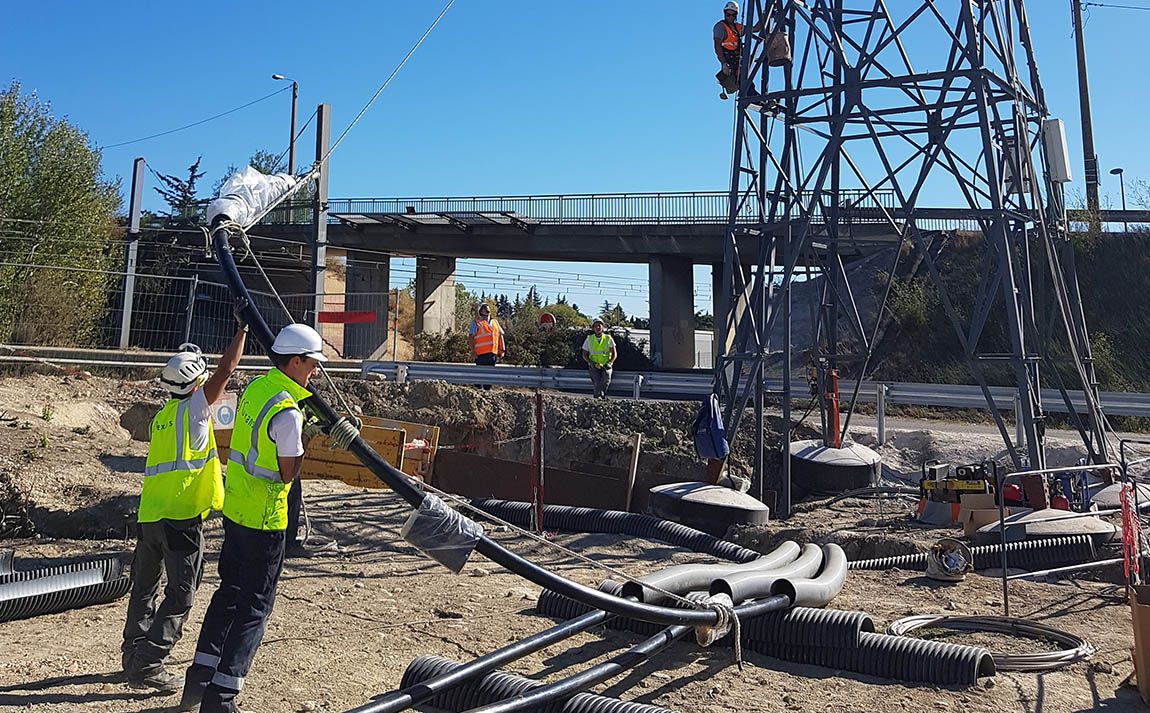 Paris, February 2, 2021 – Nexans has been selected by Réseau de Transport d’Electricité (RTE), France’s Transmission System Operator (TSO) for a three years (option for 2 additional years) frame contract to deliver cables, accessories and installation services for underground grid connections at 90 kV, 220 kV and 400 kV. The new agreement is a further extension of Nexans’ long-term partnership with RTE, marking an increase in volume for Nexans, confirmed by RTE as one of the leading supplier of high-voltage cables, accessories and services.

RTE and Nexans share a common ambition to be a global player in the energy transition through major electrification projects including windfarms, international interconnectors and grid reinforcement. Nexans will play a key role in RTE’s projects to renew and upgrade France’s power transmission network. A particular focus for these projects is to accommodate new renewable generation capacity by ensuring the reliability of critical network infrastructure.

A key factor in this success has been Nexans' capability to make a greener choice when purchasing materials and services. As a result, Nexans is recognized for its leadership in eco-conception, innovation in environmentally friendly products and services, and its ability to work safely throughout the installation process, especially during the current pandemic. As it does for all its customers, Nexans will be attentive to the adequacy of its roadmap with that of RTE to reduce the carbon footprint of its activities.

Gilles Etheimer, Purchasing Director of RTE, states: "RTE's mission is to adapt the power grid to the energy transition by guaranteeing the security of power supply to the French people at a lower economic, environmental and visual cost. As we have already had the opportunity to reiterate through "The Greener Choice", an open letter sent by RTE, ELIA, REN, TENNET, RED ELECTRICA, NG and TERNA to their suppliers in November 2020, we expect the winners of our contracts to have a strong ambition regarding environmental and societal issues. Nexans receives a significant share of the volumes and we are counting on them as a long-term partner to continue to make a difference both in terms of quality and the environment for a more sustainable world.”

The high voltage cables will be manufactured at the Nexans plants in Bourg-en-Bresse, France and Charleroi, Belgium, and the accessories in Cortaillod, Switzerland. In addition, Nexans will train RTE teams in the installation of accessories as well as providing fast repair services and maintaining strategic stocks of cable for emergency repairs across France’s transmission network.

Christopher Guérin, CEO of Nexans, said: “As France’s Transmission System Operator, RTE is at the center of the transition towards a more sustainable and carbon-free world. By reinforcing our long term partnership with RTE, we strengthen Nexans’ ambition to be a leader in electrification and the global energy transition. The partnership extends well beyond this frame agreement as we are working on individual projects such as supplying the 225 kV power export cables for the Saint-Brieuc offshore wind farm in the English Channel. Together, RTE and Nexans are electrifying the future.”