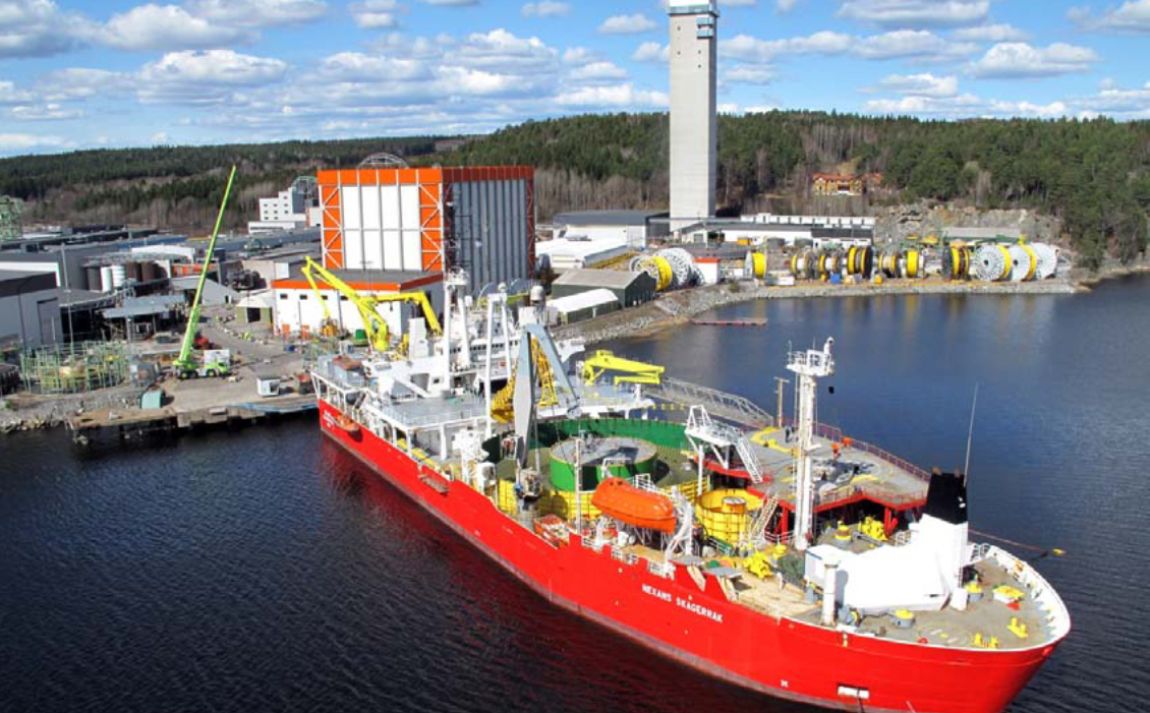 Nexans Brings 40 Years of Successful Service Experience to the Industry

For decades, high-voltage direct current (HVDC) mass impregnated (MI) cables have been the preferred solution for long-distance submarine transmission. This technology has been in service for a large number of power transmission links and has through an extensive track record proven excellent service reliability at a voltage level up to 525 kilovolts and a power rating exceeding 800 megwatts (MW) per cable.

HVDC MI cables from Nexans are used for transmission links worldwide, and interconnectors such as Sweden–Finland (Fenno-Skan), Estonia–Finland (EstLink 2) and Norway–Denmark (Skagerrak) employ this mature and well-proven technology from Nexans. It also is being used for the upcoming HVDC links between Italy and Montenegro (Mon.Ita), Norway and Germany (NordLink) and Norway and the United Kingdom (NSL). This year, Nexans is celebrating 40 years since its HVDC MI cables were first put into commercial service at the Skagerrak Interconnector submarine HVDC link between Denmark and Norway.

As of today, Nexans has more than 2,600 kilometers of MI cables in service, and with the upcoming links, this figure will be almost doubled by the end of 2021.

In 1977, the Skagerrak Interconnector submarine HVDC link, which is owned and operated by Energinet.dk in Denmark and Statnett SF in Norway, represented the first time high-voltage cables were installed for such a long distance sea crossing (130 kilometers) at a water depth of 550 meters. The cable system has been in service for 40 years and is still in operation, proving the reliability and the longevity of HVDC MI cable systems.

The demand for increased energy to be transmitted between the two countries lead to the realization of a third cable, Skagerrak 3, in 1993. As it was for Skagerrak 1 and 2, this MI cable was manufactured and installed by Nexans. The cable has a power rating of 500 MW and operates at a voltage of 350 kilovolts.

In 2014, the fourth cable, Skagerrak 4, was put in commercial service. Again, Nexans was chosen as the turnkey supplier for the submarine cable system. With an operating voltage of 525 kilovolts, Skagerrak 4 has the highest voltage rating of any mass impregnated submarine cable in service and is one of the most powerful cables with a rating of 700 MW.

With the current configuration of the four cables, the total power rating of the link is 1,700 MW.

To ensure the quality of the product, a robust design and well-proven manufacturing processes are required.

The design of HVDC MI submarine cables is based on environmental data (maximum water depth, ambient temperatures, burial depth, thermal properties, etc.) and electrical data (voltage level, power transmission capacity, etc.). Consequently, the MI cable system design is tailor made for each application and project. The conductor is made from copper or aluminum and consists of a circular center wire with concentric stranded layers of keystone-shaped wires, resulting in a very compact conductor with a smooth surface. The insulation system consists of lapped paper tapes impregnated with a high viscosity compound. A moisture-proof barrier—a lead alloy sheath—is applied above the insulation system, and for mechanical and corrosion protection, a polyethylene sheath is applied. For mechanical strength, transversal reinforcement and steel wire armoring is applied. To achieve a torsion-balanced design, two layers of armor wires applied in opposite directions is used, and the armor is corrosion protected by bitumen compound and two layers of polypropylene yarn.

Manufacturing of MI cables requires special manufacturing equipment and processes following the highest standards. Nexans’ cable factories in Norway (Halden) and Japan (Futtsu) are optimized for the manufacturing of long lengths of submarine cables, based on large-size turntables as intermediate storage between the different processes. The storage turntables for the finished cables are capable of storing 7,000 tons of cable in one length. The factories are situated at deep water quays, so the cable may be spooled directly from the onshore turntables to the transport and/or laying vessels.

There are no technical limitations for maximum cable length of MI cables, thus these cables can be used for the longest links both on land and in the sea.

The Future of HVDC MI Cables

Through decades of research and development in design, materials, testing, manufacturing processes and installation techniques, Nexans has been able to push the limits for voltage levels, power transmission capacity and installation depth for MI cable systems. Ongoing research and development activities for MI cable systems focus on even higher voltage levels and increased transmission capacity, resulting in new possibilities for bulk transmission of vast amount of electrical energy over long distances.