Mixed Shareholders’ Meeting of May 11th, 2022 and composition of the Board of Directors and Committees 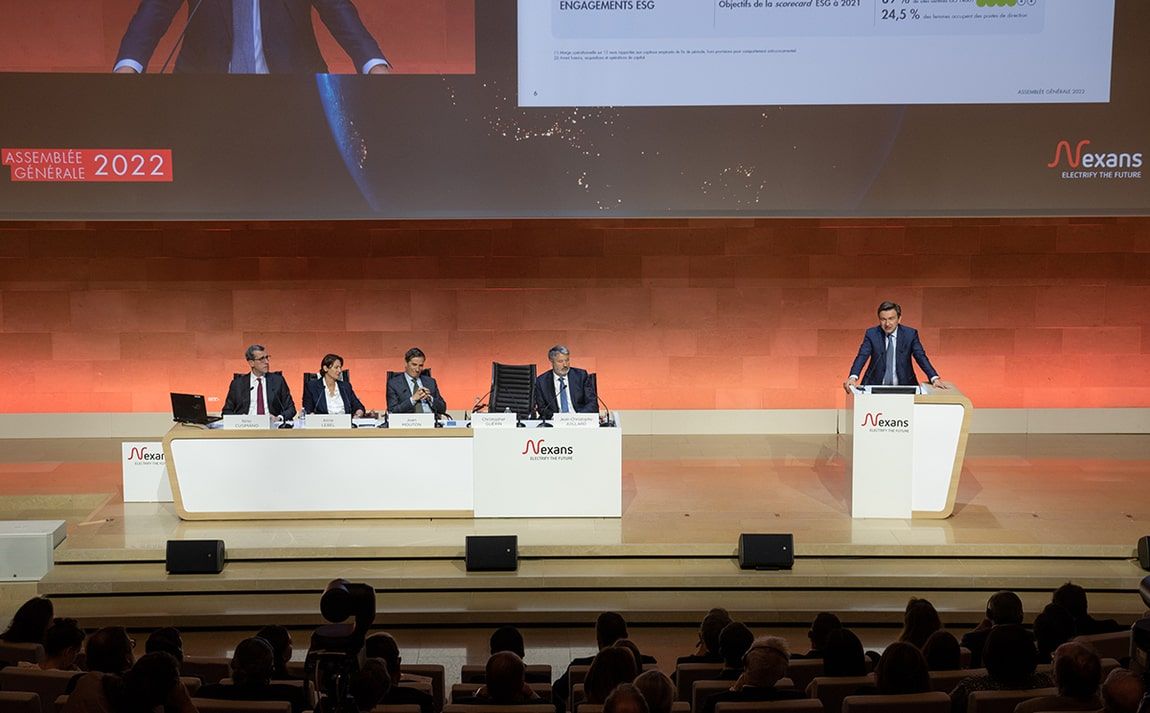 Paris La Défense, on May 11th, 2022 – Nexans Annual Shareholders' Meeting, held today in Paris,  approved, by a large majority, all 17 resolutions submitted by the Board of Directors. The results of the vote are available on the Nexans website at www.nexans.com/2022asm. The Shareholders’ Meeting was broadcast live in French and English, and a replay will be available shortly on the website www.nexans.com.

The shareholders adopted all the resolutions submitted, and thus approved:

Following the Shareholder Meeting, the Board of Directors is comprised of fourteen members, of whom seven are women and seven are Independent Directors.