Nexans organizes its first Climate Day on september 22, 2020 on the sustainable electrification of the world 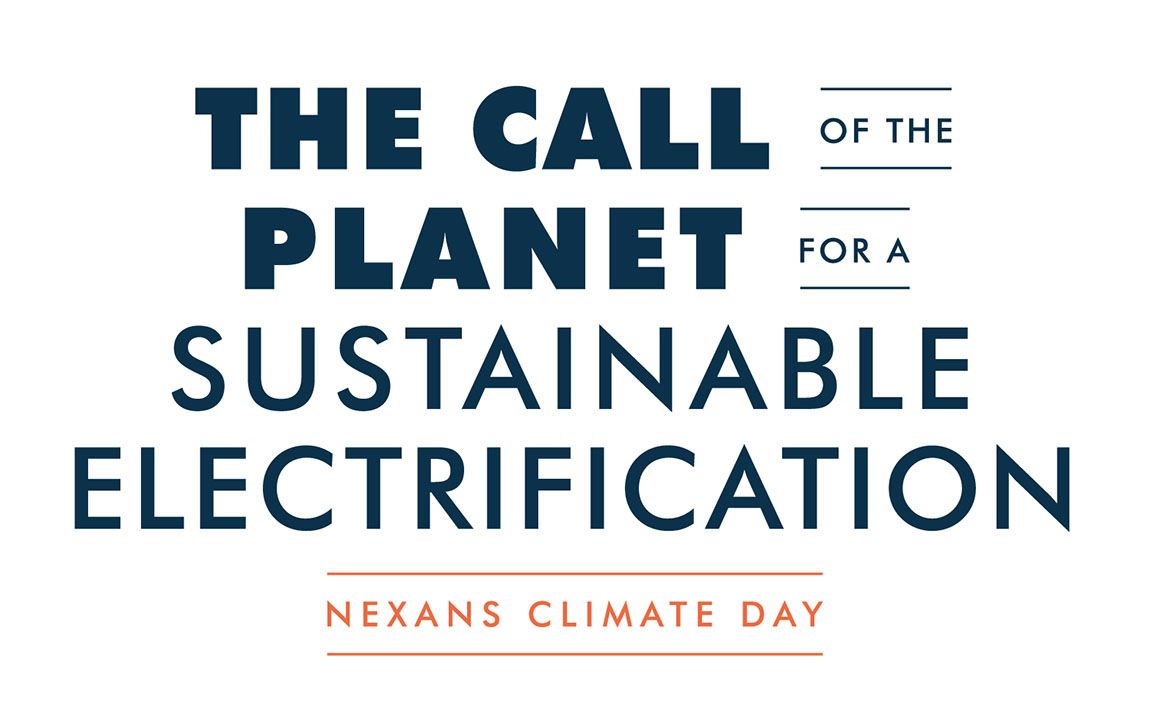 Paris, September 2, 2020 – At a time when global warming is accelerating and the energy transition is underway, the issue of sustainable electrification of the world is increasingly urgent.

Did you know that?

As a major player in the fight against global warming and leading the energy transition, Nexans is organizing its first Climate Day in Paris on September 22, 2020. The event will bring together global experts on these issues to provide answers to the planet's call for sustainable electrification.

Organized in Paris at the GoodPlanet Foundation, under the high patronage and in the presence of its founder Yann Arthus-Bertrand, this event will provide an opportunity to discuss the challenges of sustainable electrification of the world and its key role in the fight against climate change. Christel Heydemann, President of Schneider Electric France, Mark Lewis, Global Head of Sustainable Research at BNP Paribas Asset Management, Emmanuel Fagès, Partner in charge of electrification issues at Roland Berger and Christopher Guérin, CEO of Nexans, will answer questions from journalists and thought leaders.

Edouard Lecerf, Deputy general director of BVA, will comment on the results of a global poll conducted in France, the United Kingdom and the United States.

For Christopher Guérin, "One of Nexans' missions is to bring together leaders with diverse opinions to debate the major issues facing us in terms of electrification of the world. Nexans does not have the answers to all these questions alone and that is why I wanted this Climate Day, the first one which is being held in Paris, to open up these debates to structure collective thinking around the answers to be provided. The discussion will start with a global comprehensive study by Roland Berger on the challenges that the electrification of the world raises  that all of us have to overcome."

A major partnership with an environmental focus in the field of sports will also be announced.

To learn more about Nexans Climate Day and to register for the event, please visit:

pdf - 193.3 kB
PR - Nexans organizes its first climate day on september 22, 2020 on the sustainable electrification of the world
Download