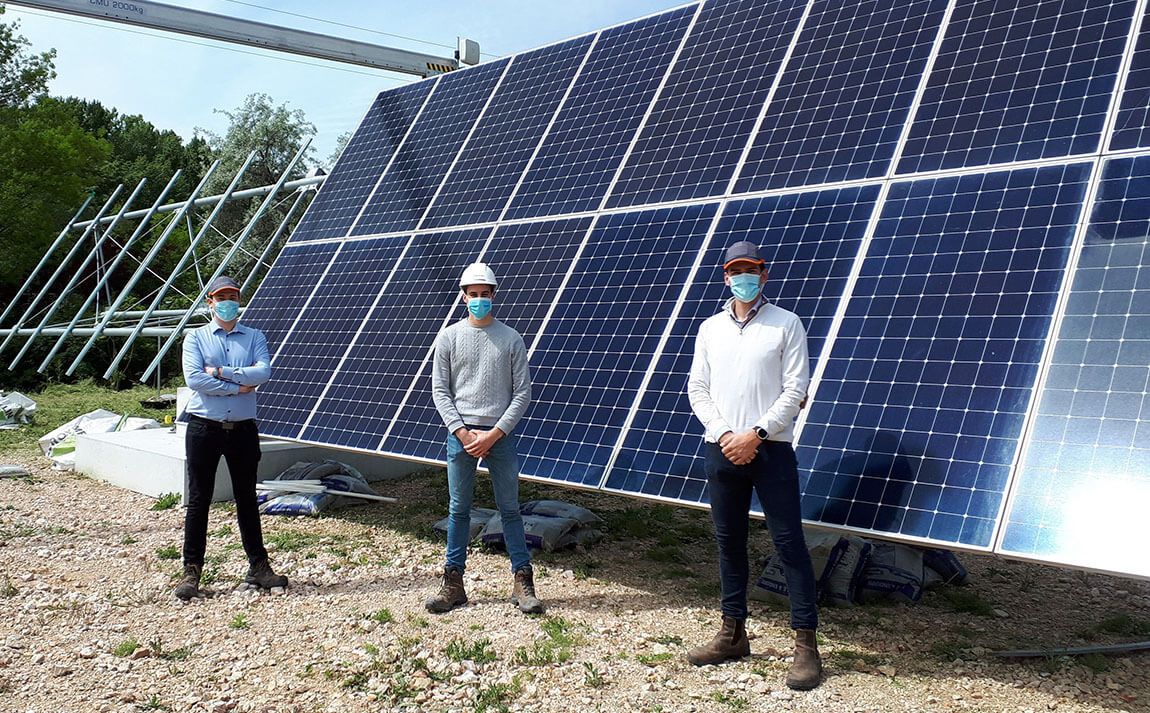 Paris La Défense, 04 June, 2020 – Nexans Solar Technologies (NST) has signed its first contract to design, manufacture and supply its KEYLIOS® Solar Trackers for Reden, a major player in the development of photovoltaic projects and a supplier of fully integrated energy. Over 800 of the solar trackers will be installed at Reden's next four solar parks, located in the southwest of France, with a combined peak capacity of 26 megawatt (MWc).

“ We decided to work with Nexans Solar Technologies because of the quality of technical support they provided during the design and layout phase and their willingness to adapt and provide a custom designed tracker solution, enabling us to optimize the solar park implementation and power generation. ”

The project will be performed in partnership with OMEXOM ENR SO, the subsidiary of Vinci group specializing in renewable energies and based in Toulouse, who are in charge of the construction of the parks, including the assembly and installation of the trackers.

The KEYLIOS® Solar Tracker is the first product developed by Nexans Solar Technologies. Thanks to it's disruptive design it brings an increased value to the solar developers.

Solar trackers optimize the output of large scale commercial solar parks by enabling the solar panels to follow the sun's daily path across the sky. Typically, using trackers will increase the electricity output of a solar park by 15 to 25 percent compared to fixed structures.

KEYLIOS® Solar Trackers will be installed

Unlike conventional centralized beam structures that only support a single vertical row of modules (1V), the KEYLIOS® Solar Tracker features a robust truss beam structure that is specifically designed to support a double vertical row (2V), bringing a much greater resistance to the climatic forces that cause some 50 percent of the failures in solar parks and will therefore increase the reliability and life of the asset.

The second critical feature of the KEYLIOS® Solar Tracker is that it only needs two foundations for a typical 36 kilowatts (kW) array, while a conventional design would need three to five times more. That opens up exciting possibilities to locate solar parks in locations that were previously impractical to trackers, such as old landfill sites or quarries and other industrial wastelands, especially where the soil is unstable.

“After the solar modules and inverters, trackers are the third key building block of solar parks. They represent more than 10 percent of the overall investment. But they can make it possible to gain an average 20 percent increase in the income from the electricity produced. That's why we targeted a new generation of solar tracker as the first product for our startup business,” said Alain Robic, Nexans Solar Technologies General Manager. “Furthermore, a single-axis design like our KEYLIOS® Solar Tracker, when deployed on the utility scale, delivers the lowest Levelized Cost of Energie (LCoE) compared to any other power generation technology.”

The KEYLIOS® Solar Tracker enables an array of solar modules to tilt through an angle from -60 degrees east to +60 degrees west along a north-south axis. In high winds, the array can be brought to a safe horizontal position to reduce it's exposure and can also be tilted to a high inclination in winter to prevent snow adhering to the modules or to help the cleaning operation.They also offer a better compatibility with upcoming bifacial modules.

“The Solar Trackers will not only help increase the output of our solar parks, they will also enable us to generate more electricity during the morning and evening periods when demand is at its highest,” said Tony Proutier, Reden Construction Director. “We decided to work with Nexans Solar Technologies because of the quality of technical support they provided during the design and layout phase and their willingness to adapt and provide a custom designed tracker solution, enabling us to optimize the solar park implementation and power generation. Furthermore, Nexans Solar Technologies offered a strong partnership with Omexom, the EPC (Engineering Procurement and Construction) responsible for installing the trackers.”