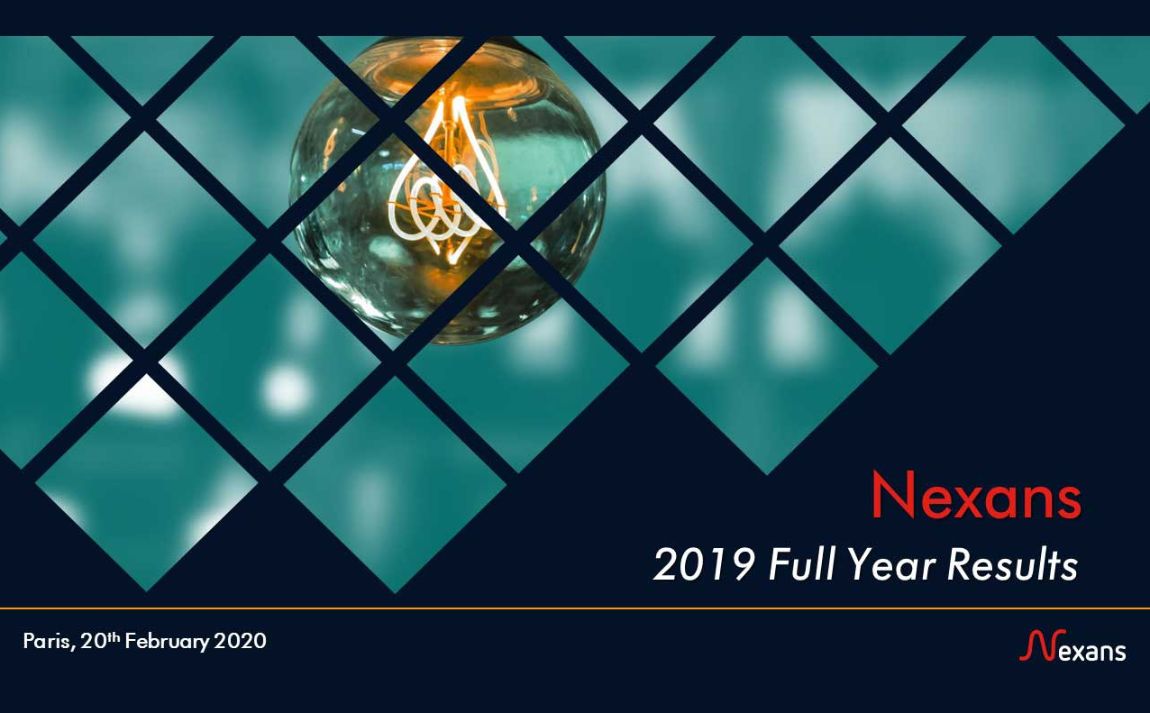 [2] Return on Capital Employed: 12 months operating margin on capital employed at the end of period, excluding antitrust provision, and IFRS 16 of -0.5% in 2019

“ Our 2019 results are in line with 2021 value creation objectives. New Nexans strategic plan reaches first successes. We are on track, with the right governance structure, an agile organization and the right business scope, focused on key markets and renewable energies. We are actively committed to fighting global warming and aiming carbon neutrality by 2030. ”

Watch the replay from the 2019 Full Year Results presentation