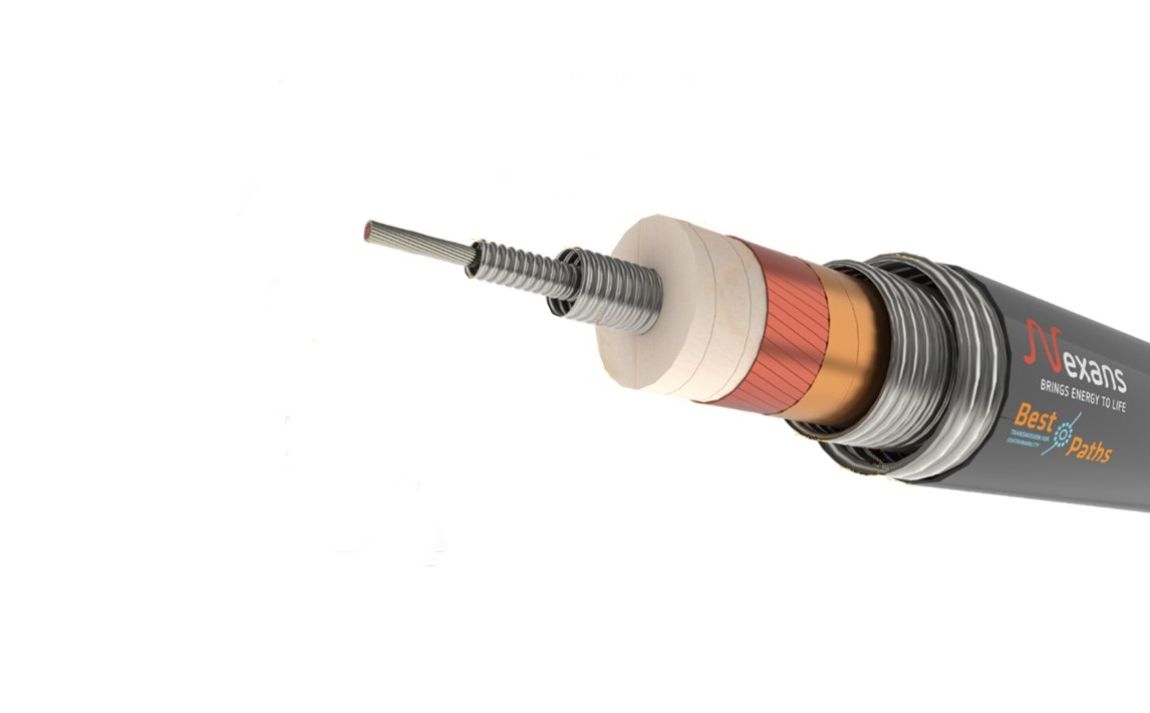 Paris La Défense, June 12, 2019 – Superconducting cables could enable Europe’s power grids to meet their challenging CO2 reduction targets by helping to transfer many gigawatts (GW) of electricity over distances of several hundreds of kilometers from remote solar or wind farms to population centers without the losses associated with traditional resistive cables. Nexans has helped to bring these innovative high power links a step closer to reality with the successful completion of qualification tests on the ‘Best Paths’ superconducting cable developed specifically for high-voltage direct current (HVDC) links.

There are already a number of superconducting cables operating in alternating current (AC) networks. However, the EU-funded Best Paths project has focused on the investigation of HVDC solutions for bulk power transmission with a modular design that is easily adaptable so that the rated current and voltage can be matched to any power grid specification. Nexans was the project leader, with nine other industrial and academic partners including CERN, Columbus Superconductors, ESPCI Paris, IASS Potsdam, Karlsruhe Institute of Technology (KIT), Ricerca sul Sistema Energetico (RSE), Réseau de Transport d’Électricité (RTE), Technische Universität Dresden and Universidad Politécnica de Madrid (UPM).

The Best Paths project culminated with the first-ever successful qualification on a test platform of a full-scale 320 kilovolt (kV) HVDC superconducting loop. This loop comprises two terminations and a 30 meter length of cable carrying a current of 10 kiloamps (kA) for a rated power transmission capacity of 3.2 GW. The program included a complete sequence of voltage testing at 1.85 time the rated voltage (up to 592 kV) and impulse tests.

The Best Paths cable is based on magnesium diboride (MgB2), a simple compound based on raw materials that are abundant in nature. The compound is easy and inexpensive to manufacture – providing a cost benefit compared to other relevant superconductor materials with the need to cool at a lower temperature. The cable is housed in a thermally insulating cryostat cooled by helium gas.

The main advantage of superconducting cables in HVDC applications is their capability to carry high currents so that they can transfer very large amounts of power with minimal losses. This high power capacity results in a very compact installation footprint in the range of one meter in width for a dipole carrying 6.4 GW. In contrast, a traditional circuit based on XLPE insulated copper cables would typically be 10 meters wide. This footprint reduction provides significant cost savings as well as making it easier to obtain permits for rights-of-way.

“Participation in the Best Paths project has further reinforced Nexans’ leading position in superconducting cable technology and the new HVDC cable system is an important addition to our portfolio of technical solutions to increase the integration of renewable energy resources in Europe’s power grids,” says Dr. Christian-Eric Bruzek, Project Manager at Nexans. “In the longer term we expect HVDC superconductor cables to carry power over hundreds of kilometers. But in the short term we see them as part of an overall solution alongside conventional overhead lines and underground cables, helping to create corridors in challenging installations such as when crossing rivers, in congested urban areas or where environmental impact must be minimized.”

While the Best Paths project has focused on HVDC applications, the same cable technology could be employed in AC applications up Extra High Voltage levels of 400 kV.