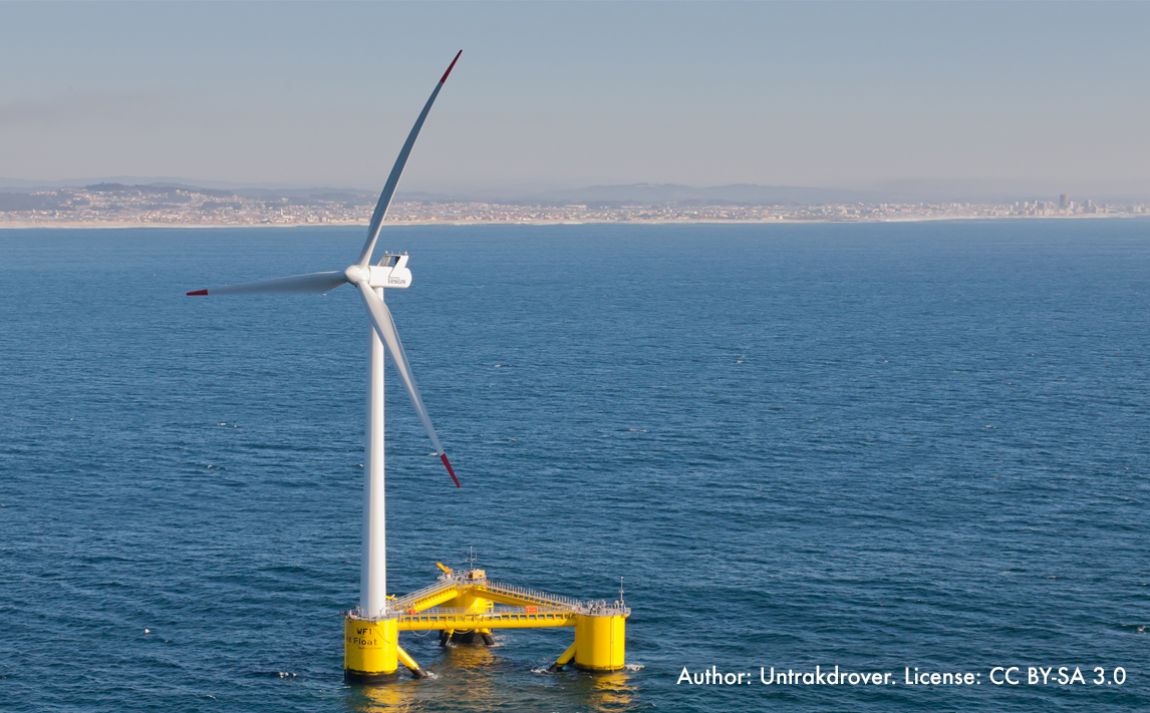 Paris La Défense, March 26, 2019 – WindFloat Atlantic, a 25 megawatt (MW) floating wind farm to be installed off the coast of Portugal, is expected to demonstrate the viability of Floating Offshore Wind (FOW) technology that holds the key to an inexhaustible resource potential in Europe. It will be the world’s first large-scale commercial FOW project operating at 66 kilovolt (kV) for which Nexans will supply pre-terminated and factory-tested turbine cables as well as the full scope of T-connectors terminating the dynamic inter-array cables.

WindEurope, an association promoting the use of wind power in Europe, reports that in European seas 80 percent of all the offshore wind resource is located in waters 60 meters and deeper, where traditional bottom-fixed turbines are currently not economically attractive. This is where the floating offshore wind technology could become a viable solution, allowing operators to tap into areas far from shore with much higher and more consistent wind speeds. To harness this potential, Principle Power is developing the WindFloat Attantic project 20 kilometers off the north-west coast of Portugal in water depths of 100 metres. The project is designed to supply enough energy to meet the needs of 16,000 housholds.

The WindFloat Atlantic project, due online in 2019, will feature three MHI Vestas V164-8.4 MW turbines installed on ballasted, triangular, semi-submersible foundations. The project will run at 66 kV and, as one of the leaders in 66 kV cable technology for renewable energy projects, Nexans has been selected to supply its WINDLINK® pre-terminated factory-tested cable system which provides a flexible connection inside the turbine between the transformer and switchgear.

In addition, JDR has selected Nexans to supply the 66 kV T-connectors that will provide the connection for the phase cores of the dynamic 66 kV floating wind inter-array cables that JDR is supplying. Allowing access to the cable conductor, Nexans’ cutting-edge outer-cone technology facilitates the inter-array post-installation tests. The robust EPDM material of the accessories provides strong resistance to rough offshore conditions.

“We are delighted to be involved as a key supplier for the WindFloat Atlantic project that will be  a major step in demonstrating the technical and commercial viability of floating offshore wind farms, especially as it also validates the importance of 66 kV technology,” said Johan Burnier, Nexans 66kV Accessories Business Developer. “Some years ago the Group made a strategic decision to move ahead of the curve in developing our global 66 kV capability. That is now paying off as Nexans has become one of the global leaders in 66 kV turbine cables and connectors.”