Nexans celebrates the recognition of its CSR performance 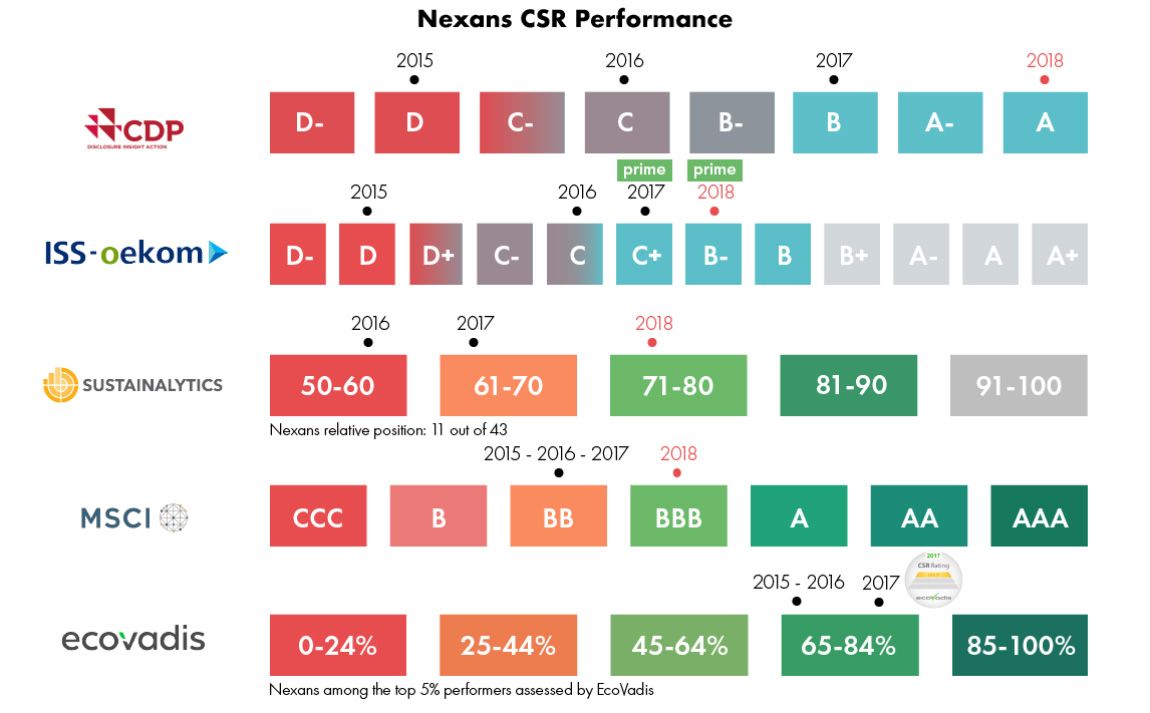 From developing products and services with minimised impact on the environment and improving workplace safety to adopting stricter environmental norms and ensuring compliance with the Code of Ethics and Business Conduct, Nexans has been reinforcing its commitment to Corporate Social Responsibility (CSR) with dedicated initiatives implemented across the Group.

Nexans’ CSR performance is regularly assessed and recognised by its stakeholders, including non-financial rating agencies. This year, Nexans has reached new milestones across a panel of ratings, including being referenced, for the first time, as one of the global leaders fighting against climate change by Carbon Disclosure Project (CDP).

The CDP is a non-profit organization dedicated to studying the impact of the world's leading companies on climate change. Nexans is proud to have improved in several areas in the 2018 rating and to be referenced on the CDP’s “Climate Change A List”. The achievement of an overall A rating in CDP places Nexans amongst just 126 companies on List A worldwide and only 22 companies in France.

In addition to the CDP, Nexans’ CSR performance was recognised by a number of other non-financial rating agencies:

“ Nexans is very proud of these achievements, which demonstrate our long-term commitment to environmental excellence, transparency, and disclosure throughout our business operations. ”