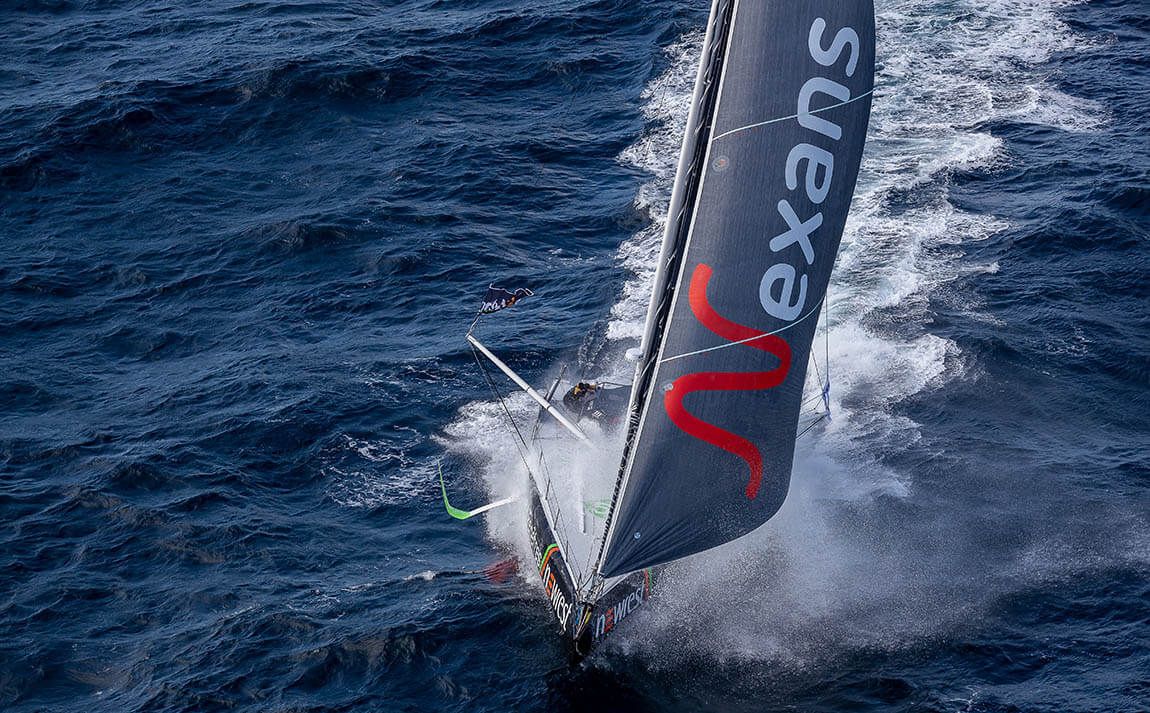 Nexans, a key global player in energy transition and sustainable electrification and a world leader in the manufacture and installation of cable systems, has partnered with French skipper Fabrice Amedeo. Sharing many values related to environmental protection, the fight against global warming and the preservation of oceans, Nexans and Fabrice Amedeo are teaming up until the next Vendée Globe race in 2024.

Nexans and Fabrice Amedeo are both committed to environmental protection

Paris, April 22, 2021 – Fabrice Amedeo, a yachtsman with an atypical background who first ran the Vendée Globe sailing race around the world 8 years ago, is particularly looking forward to tackling this tremendous challenge again in 2024. Until then, to ready himself in the best conditions to reach this goal, Fabrice Amedeo will be able to train and participate in the most prestigious races on board his IMOCA boat thanks to Nexans’ support. This support comes after Nexans recently presented its roadmap for the coming years, which consists of developing its activities related to sustainable electrification through decarbonized power generation, especially from offshore wind turbines.

This strategic shift resonates particularly strongly with Fabrice Amedeo’s commitment. For the past two years, the French skipper has been committed to environmental protection and ocean preservation, with oceanographic sensors installed aboard his monohull during races in order to collect valuable data about CO2, temperature, salinity, and microplastics. These data were then analyzed and made available to the international scientific community to help better understand the impacts of global warming and ocean pollution. During the last Vendée Globe race, solar panels, hydro generators and a wind turbine provided most of the power needed to operate these sensors, as well as all electronic monitoring and navigation instruments.

Fabrice Amedeo now wishes to push this environmentally aware initiative further. For its third participation in the Vendée Globe race, he aspires to sail the oceans without using any fossil fuels, aboard a boat driven and powered by wind, water and sunlight. This is a goal he shares with Nexans, eager to embark on his adventure on the world's seas with enthusiasm and conviction.

Vincent Dessale, Chief Operating Officer and Senior Executive Vice President in charge of Building & Territories Northern Business Group at Nexans, said: “Nexans wanted to commit to a partnership with Fabrice Amedeo until the next Vendée Globe race in 2024, firstly because he’s a sailor with an atypical personality and background and secondly because the commitments he makes match values that Nexans is particularly sensitive to. In addition to his sporting achievements, Fabrice's innovative approach is based on his work to improve knowledge of the oceans, especially their pollution, in partnership with organizations such as Ifremer, as well as to educate younger generations. The messages he conveys are in line with the shift of Nexans’ activities towards the sustainable electrification of the world based on renewables and our commitment to become carbon neutral by 2030.”

Fabrice Amedeo said: “I am delighted and very proud to take this fresh start flying Nexans’ colors. The latest Vendée Globe race did not unfold as planned for me. I have digested this experience and will be running boosted by this support and by our common project to sail without fossil fuels. Let’ be honest, you take on board some 200 liters of diesel fuel on a Vendée Globe race. Not taking them will not save the planet. However, we believe that sport should set an example in society and we want to convey the message that energy transition can be achieved without sacrificing performance. We will also travel the world’s oceans with our sensors, which will allow us to collect valuable data for the scientific community and to raise awareness among younger generations.”