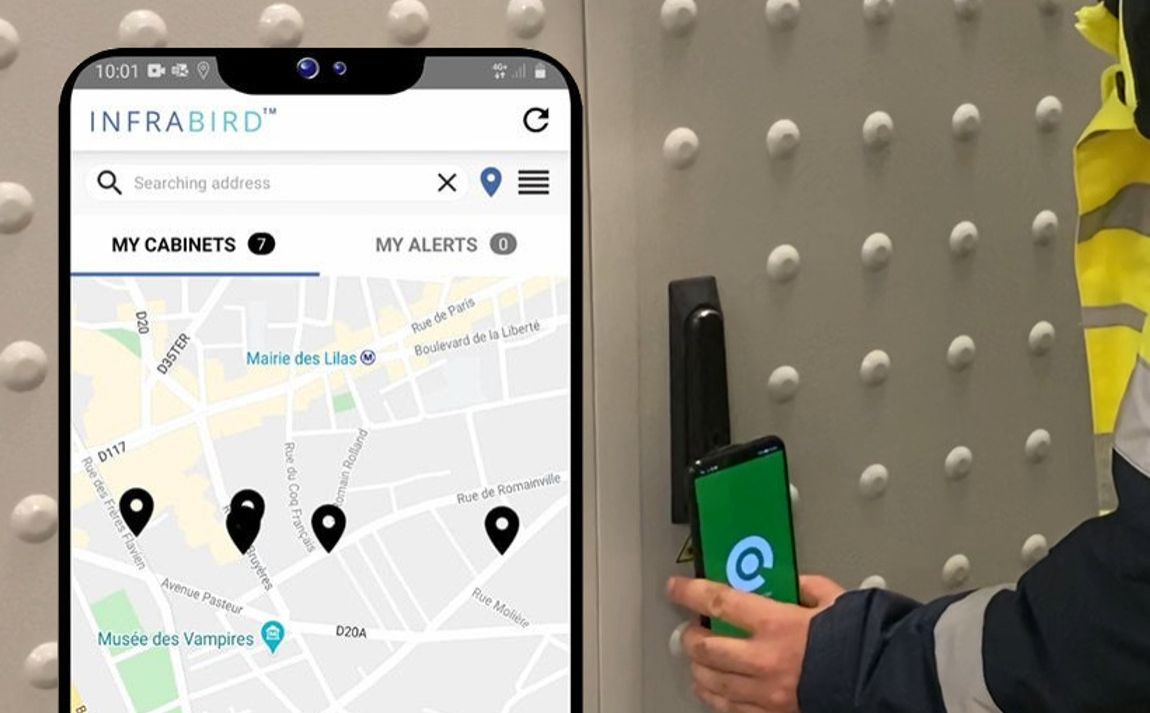 Paris, October 19, 2020 – Nexans has developed an innovative solution to help telecom service providers tackle the major headache of unauthorized access to their fiber-to-the-home (FTTH) street cabinets. Known as INFRABIRD™, the intelligent keyless access and internet of things (IoT) supervision system can be deployed in just a few minutes to turn passive cabinets into smart, cloud-connected assets.

The INFRABIRD™ solution is based on low power sensors that connect FTTH cabinets to IoT networks such as LoRa and Sigfox. It also comprises a smart lock such as the battery-free ILOQ S50 to provide keyless access to authorized maintenance personnel, as well as mobile and web applications. Once installed, the solution allows telecom network operators to secure their critical infrastructure by monitoring the status of street cabinets and the history of any actions carried out.

“ The key benefit of INFRABIRD™ is that it helps our customers to improve their service levels by making their FTTH cabinets more secure, as well as enabling them to be more responsive should a breakdown occur ”

We developed the solution in close consultation with customers who told us that the security of their street cabinets is a major issue. They said it would be very helpful to know if someone has attempted to gain unauthorized access, or even if there was a simple issue such as a door being left open that could be a risk to the public.” says Thibault Goulin, Nexans Head of Digital Solutions.

Nexans has built on its deep expertise in fiber networks to develop INFRABIRD™ as part of its overall service offering for FTTH customers. It is intended for retrofitting in outdoor cabinets, where the optical fibers are distributed between the network owner and the commercial operator. The system is fast and easy to install, especially as it does not require a special power supply or fiber optic cables. Battery-free keyless operation also reduces maintenance as there is no need to replace batteries.

Since its launch, around 40 INFRABIRD™ systems have already been installed on FTTH sites deemed sensitive. Nexans predicts that this number will increase exponentially with fiber-optic deployments, exceeding 50,000 cabinets in France equipped with INFRABIRD™ or an equivalent system by 2025.

Nexans has created the reference solution that will soon be the standard for securing your very high speed internet link.

Learn more about INFRABIRD™ in video
Watch it now