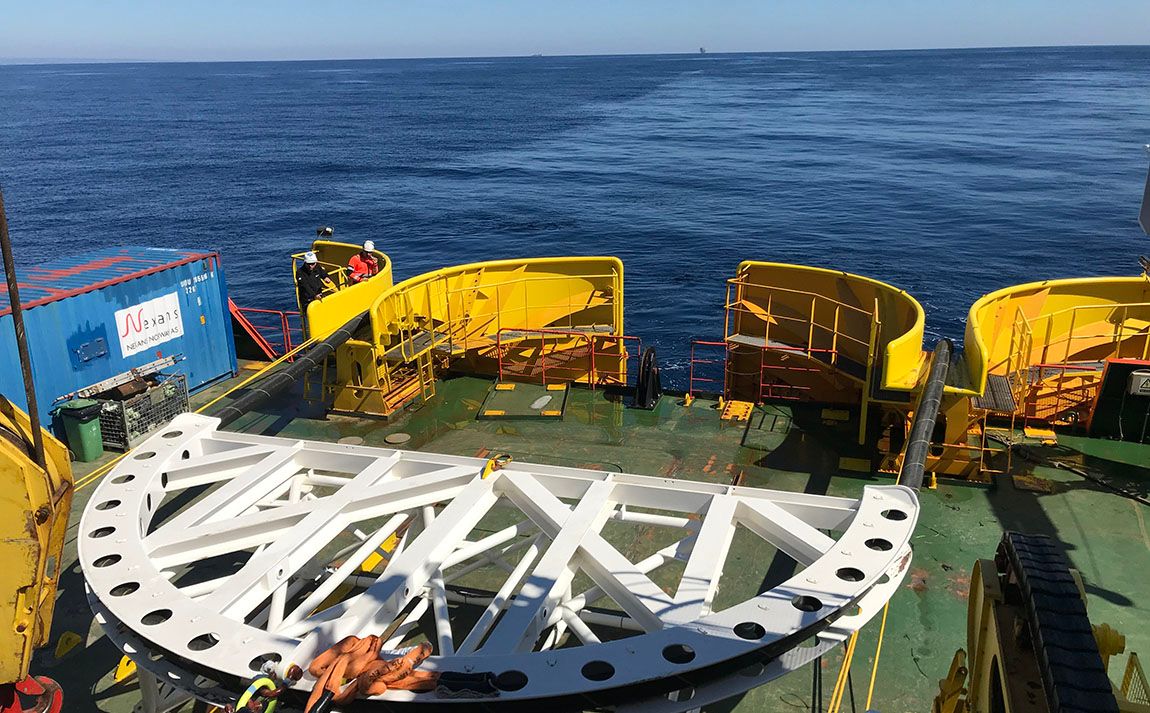 Paris La Défense May 14, 2020 – Nexans has completed the repair of a 95km subsea high voltage (HV) cable linking Malta with Sicily, ensuring the continuity of power supply to the island nation of Malta. The Interconnector cable was damaged at the end of 2019 by a ship anchor, causing a nationwide blackout and a series of power cuts in subsequent weeks.

Nexans quickly mobilized its IMR Team to help Enemalta plc, the owner of the power interconnector, to find the damage location and confirm the nature of the fault.

In the first week of January 2020, Nexans mobilized the Polar King, a 110 meter-long modern multipurpose subsea vessel held on long-term charter, to inspect the cable damage. The vessel’s ROV (remotely operated vehicle) confirmed the anchor damage at approximately 25km offshore from Sicily and found the cable cut in two at a depth of 150m. After identifying the exact damage location with the ROV, the Nexans Capjet water-jetting system was used to expose the cable that had been buried into the seabed. The damaged part of the cable was then cut out and the ends sealed off to prevent further damage. A critical step in the operations was to inspect the spare length of cable and joints, held in store by Enemalta, to ensure their useabilty.

“ Nexans was extremely responsive and led both the planning and execution of the repair. They understood our critical need to get this interconnector fixed for our electricity supply and they delivered! ”

The cable repair vessel was then mobilised to Malta and started loading the spare cable in mid- February. In mid-March a section of the spare cable was spliced in at the damaged area. This enabled the interconnector to be re-energized successfully – only three months after the damage. The Polar King will return shortly to use its Capjet water-jetting system to trench the repaired cable section to a depth of approximately 1.5m.

“ We are very satisfied with the quality and speed of the repair that enabled the interconnector to be back in service in half the time orginally anticipated. ”

Malta’s Minister of Energy and Water

After successful completion of the repair, Nexans IMR Sales and Marketing Manager, Abdou Diallo said, “We supported Enemalta by reacting very quickly. The Polar King was mobilized to determine the extent of damage to the cable. After the inspection of the spare cable and repair joints, we planned and executed the repair, completing it successfully slightly ahead of schedule. We believe this is a perfect example of the range of services Nexans can offer to our key customers”.

During the last 40 years, Nexans has successfully installed over 50 offshore repair joints across the world after external damage to HV submarine cables, often performed in harsh weather conditions. A Nexans Inspection, Maintenance and Repair (IMR) services agreement not only reduces failure risk to cable systems through proactive inspection and maintenance, but also reduces the response time for a repair.

The Malta-Sicily Interconnector cable was manufactured and then installed in 2014 by Nexans. The interconnection with Italy’s power grid has allowed Malta to reduce its reliance on local generation and increase its security of supply. The cable has a capacity of 200MW and is a 3-core 220kV submarine cable with XLPE insulation and includes two fibre optic elements each with 36 fibres; installed at water depths of 150m and buried to around 1-1.5m below the seabed surface.

SERVICES
More about Inspection, Maintenance and Repair (IMR)
Learn more about our services