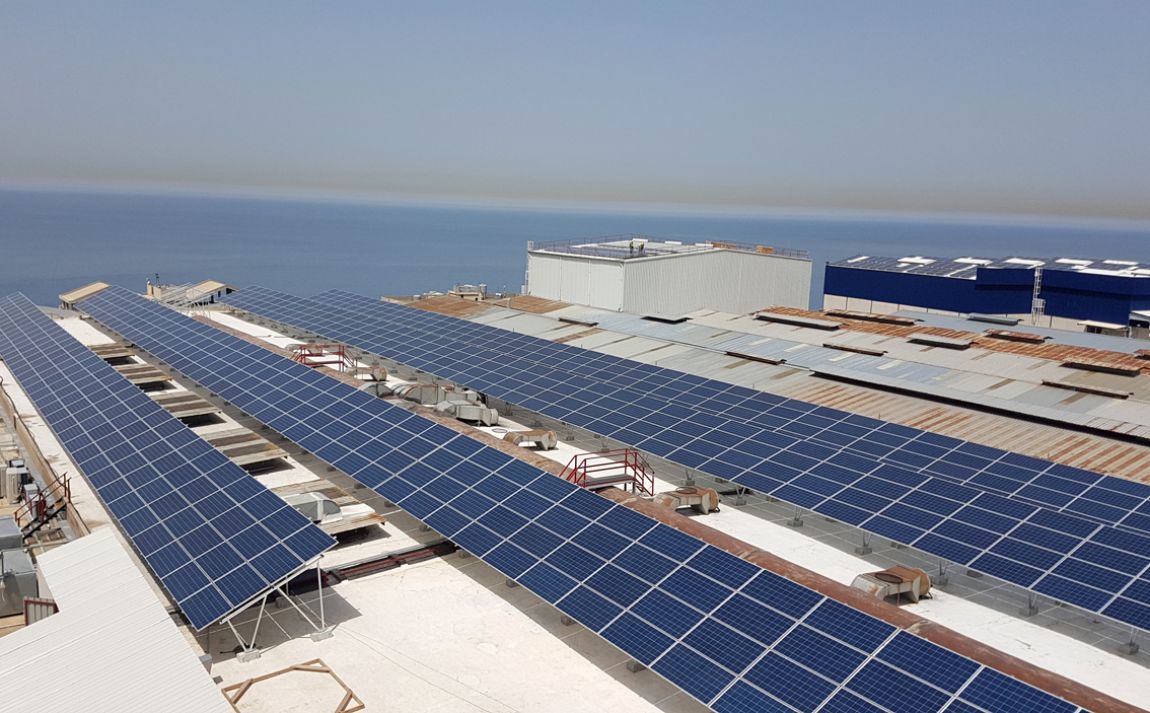 Paris La Défense, July 17, 2017 - As part of its contribution to energy transition, Nexans, a global expert in cables and cabling solutions, inaugurated a new 600 kilo-watt peak solar power system at its Liban Cables Naher Ibrahim industrial facility North of Beirut, Lebanon. This project, co-funded by Liban Cables and the Global Environment Facility (GEF), will allow Liban Cables to reduce greenhouse gas emissions by 750 tons per year by replacing one of its diesel generators with solar energy.

“Energy transition is in the core of Nexans’ activity but it is also deep-rooted in the company’s culture“ said Benjamin Fitoussi, Nexans Senior EVP MERA and Industry Solutions & Projects Business Group. “Not only are we actively engaged in assisting our clients in their sustainable development projects but we also contribute to a greener environment through the implementation of our own CSR policy. Liban Cables has been historically an exemplary facility in terms of environmental protection but the solar power project is bringing this engagement to a new level“.

Solar energy as a solution to electricity supply shortage in Lebanon

To address the electricity supply shortage issue, most companies in Lebanon rely on their own diesel generators. However, with around 300 sunny days in a year and over 8-9 hours of daily sunshine in Lebanon, solar energy presents a clean alternative that can reduce the need for diesel self-generation and lower the national utility electricity bill.

The 1,900 photovoltaic panels installed at Liban Cables and connected to the plant with Nexans solutions will generate over 938 mega-watt hours per year. This renewable energy will cover over 8% of the electricity needed by the plant to produce a wide range of building, industry and infrastructure cables.

The Liban Cables’ plant is one of the biggest renewable energy projects in the country and the first one to be completed within the framework of the Small Decentralized Renewable Energy Power Generation (DREG) Project. The DREG project will cover a portion of the solar system’s cost through a grant by the GEF while the remaining cost will be financed through the National Energy Efficiency and Renewable Energy Action program (NEEREA) set up by Lebanon Central Bank. NEEREA is a green financing mechanism supporting energy efficiency and renewable energy projects for industrial, residential, commercial and non-profit use. Initiated by UNDP, the Ministry of Energy and Water, and Lebanon Central Bank, NEEREA reflects the desire of the government to modernize the electricity supply and promote green energy projects in Lebanon.