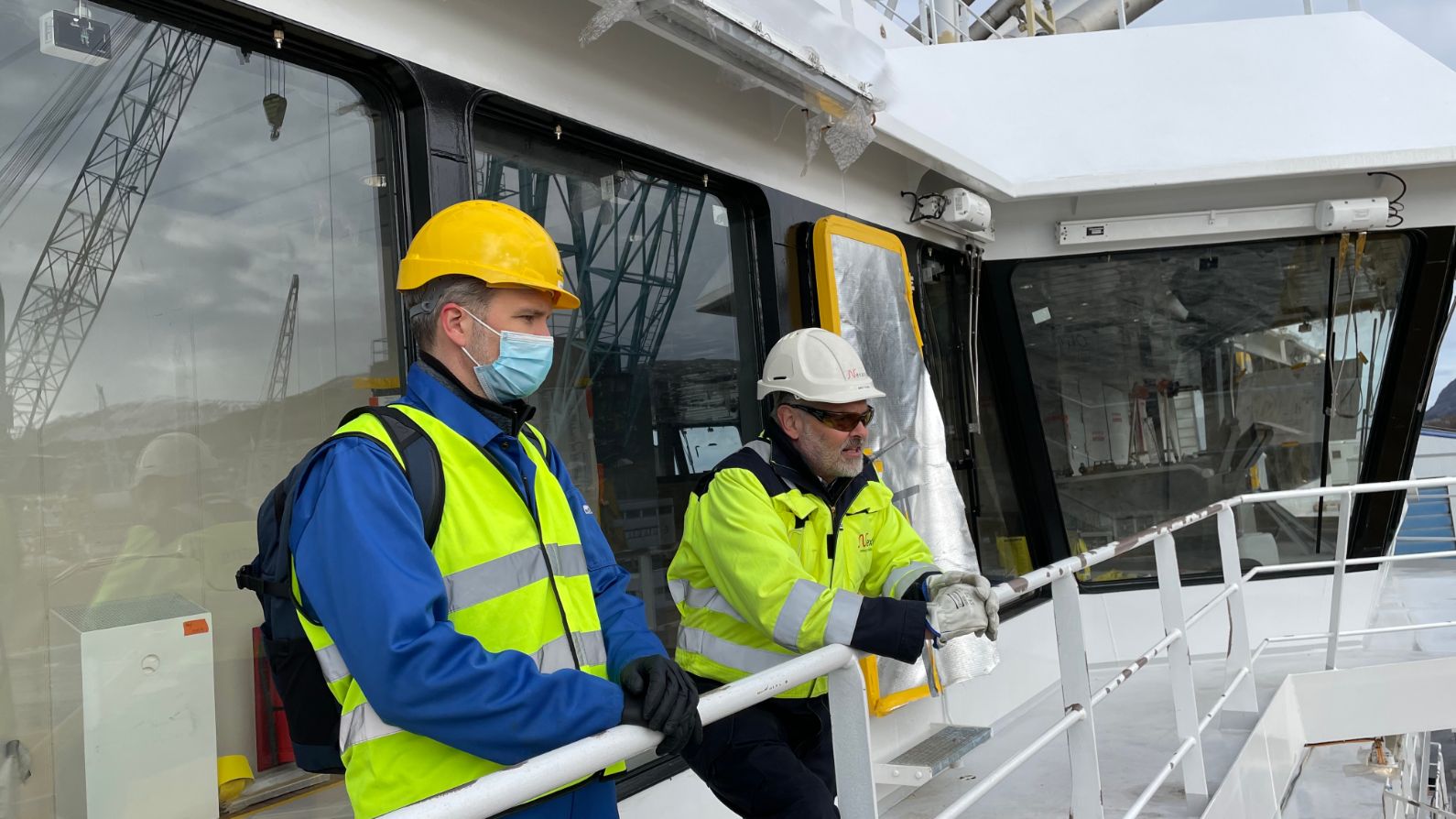 In any other year, the shipyard Ulstein Verft is happy to welcome student groups, but Covid-19 set an abrupt halt to group visits. However, the program manager of the Ship Design study at NTNU Ålesund recently came up with a solution.

Håvard Vollset Lien is program manager of the Ship Design study, and every year these students normally visit Ulstein. Chief Designer Øyvind Gjerde Kamsvåg at Ulstein has been teaching the naval architect students since 2008.

This year, Ulstein Verft has two newbuilds to be delivered within the next few months, the expedition cruise vessel ‘National Geographic Resolution’, which has been designed by Ulstein, and the cable laying vessel ‘Nexans Aurora’, designed by Skipsteknisk.

Three years ago, Vollset Lien was involved in designing ‘Nexans Aurora’, as he at that time was working as design manager at Skipsteknisk. Now, the ‘Nexans Aurora’ is currently in the final stages of ship construction, and Vollset Lien has naturally been very eager to show his students this newbuild.

When the situation did not allow to bring the students to the ship, the ship needed to be brought to the students. Vollset Lien came up with an idea of streaming an on-board live tour when he was guided around the vessel earlier in April by Knut Flage, Vessel Operations Manager at Nexans and one of the site representatives at Ulstein Verft.

“I was very uncertain whether this was manageable at all, as you are surrounded by a lot on metal on board a vessel,” says Vollset Lien.

“The signals were quite weak under deck, but all in all I managed to stream quite a lot to the students, and I think they enjoyed it”, he adds.

Vollset Lien and Flage walked through areas such as the bridge, several cabins, the common rooms such as the mess and galley, the huge gym, the wardrobes, the deck area, cable laying areas, and the engine room.

This practical approach where theory meets real life is useful for the students. And the Bachelor students in Ship Design at NTNU Ålesund have something to look forward to for the 2021/22 term, as Håvard Vollset Lien and Øyvind Gjerde Kamsvåg will share the lectures between them in the ‘Ship Design’ subject.

Hopefully, next time the students can come on-board themselves and the Covid-19 restrictions will be something of the past.