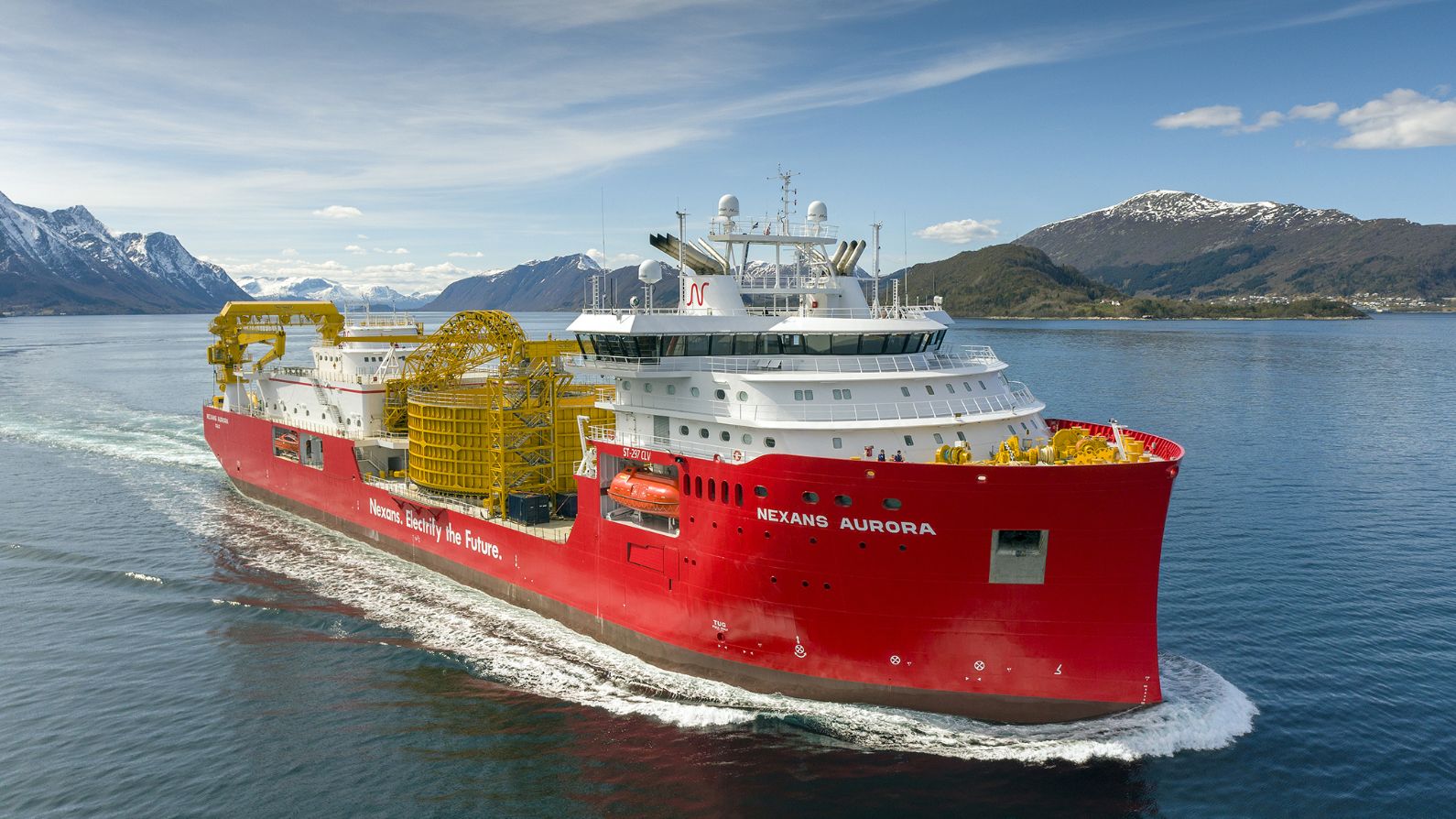 Snow-covered mountain tops, green hillsides, and a bright sun on a blue sky made a perfect frame for the ‘Nexans Aurora’, on her recent sea trial. From the bridge to the engine room only good mood and happy faces to be seen. “There is always some excitement when all the systems onboard a new-build are tested together and over time. The sea trial will continue for a few more days, but at this point, everything has run smoothly”, says Nexans’ Vessel Operations Manager, Knut Flage.

“Blackouts are not uncommon on sea trials, but so far, we have experienced nothing of the kind on ‘Nexans Aurora’”, Knut says. He explains that the shipyard, Ulstein Verft, has done a thorough job from the start, and this now pays off. The success of the sea trial so far is also a big thank you to the suppliers. “High-quality components, delivery on time, and the overall composition of the work being done have resulted in less errors than is usual on sea trials”, he says.  “This vessel is sophisticated, yet conventional. She is designed for her tasks but using well-tested components and solutions from quality suppliers”. says Frode Beyer, who is Nexans’ Project Manager.

“Nexans is leading the charge of the energy transition by providing connected, sustainable, and decarbonized energy. There is a lot at stake when a vessel like the ‘Nexans Aurora’ is undergoing operations for customers and ‘Nexans Aurora’ is tailormade for the risks we are involved in,” says Frode Beyer. He explains that Nexans is committed to receiving the vessel on the scheduled time and to the agreed quality. “We cannot afford uncertainty,” he says. “When electrifying regions and countries, Nexans must deliver 100% reliable solutions. Power failure is not an option”.

Nexans Aurora will be delivered from Ulstein in a few week's time.