Our contribution to carbon neutrality by 2030

Determined to play a major role in creating a viable and sustainable world, Nexans is taking a further step towards the contribution to carbon neutrality by 2030 by committing to building tomorrow’s sustainable energy highway. To achieve this, the Group is focusing on two key areas where it is making a difference: the first is its active contribution to carbon neutrality, supported by the levers of Industry 4.0, the reduction of waste and energy consumption; and the second is its position as leader in the sustainable electrification of the world. 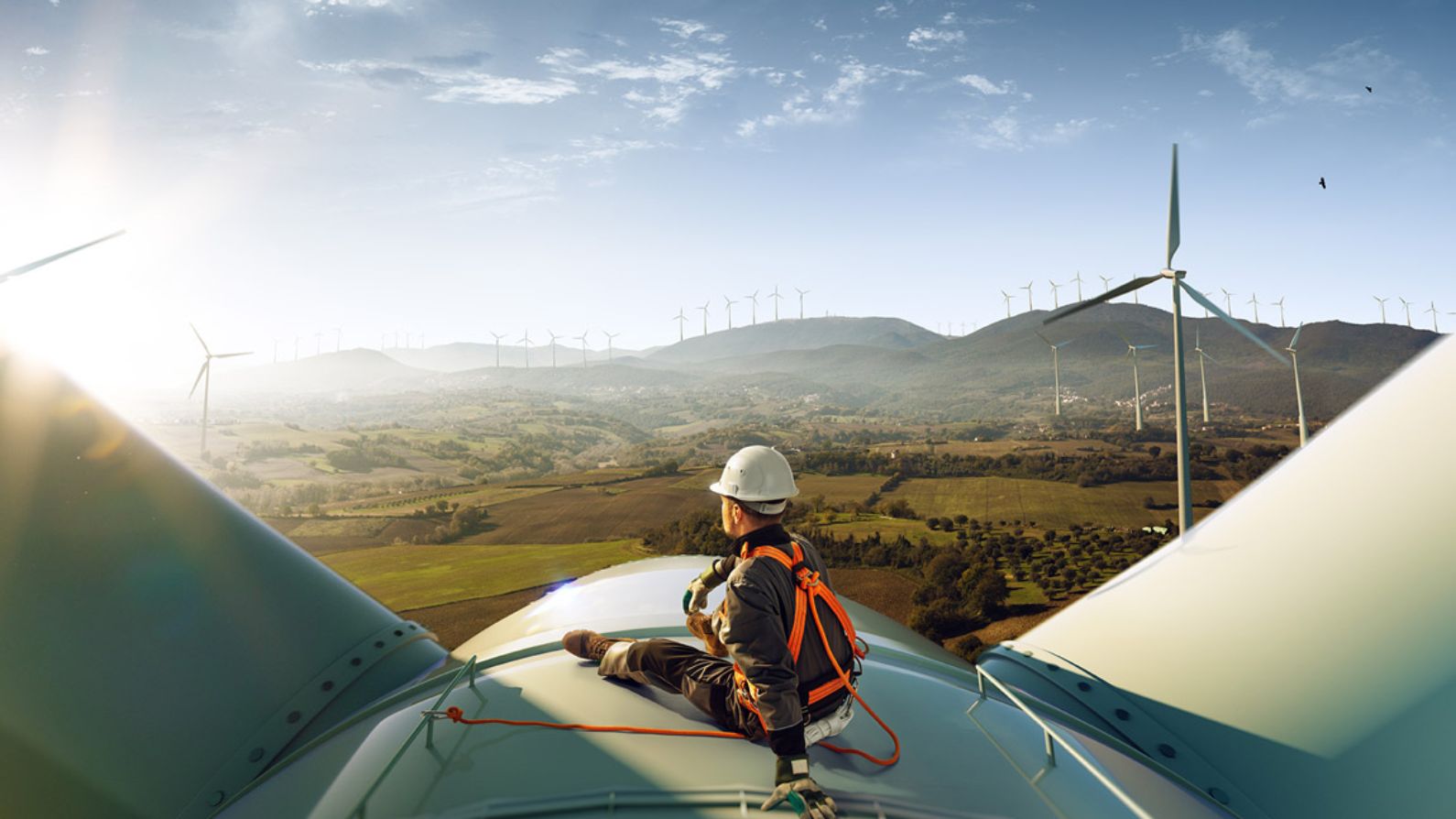 The energy highway is all the submarine and terrestrial interconnections between the countries that shape the world of tomorrow. A more electric world where energy consumption will increase by 40% in 10 years and renewable energy production will double by 2030. A world that is concerned about climate change without giving up electricity, and which therefore needs more cables. Cables that renewable energies need to respond to their specific geographical characteristics: offshore wind farms installed on a massive scale in the North Sea; hydroelectricity omnipresent in energy production in Norway; solar energy that radiates in all regions of the world.

The Group has been a member of the UN Global Compact since 2008 and includes the SDGs in its CSR priorities. It has made these goals the cornerstone of its strategy, particularly SDG 9 (Industry, Innovation and Infrastructure), SDG 12 (Responsible Consumption and Production) and SDG 13 (Taking action to combat climate change). Nexans joined the CDP’s prestigious “A-list” in 2020, and is committed to contributing to carbon neutrality by 2030, in line with the goal of limiting global warming to 1.5°C.

Focusing on an ambitious level of environmental management

Under the supervision of the Nexans Operations department and the QHSE department which reports to it, the management, respect for, and protection of, the environment apply to all our units throughout the world. These components comply with the Group’s legal provisions and environmental requirements:

As part of the continuous improvement programme for production sites steered by the CSR Environment and Products Committee and led by the Group’s Environment Manager, Nexans has undertaken on complementary environmental performance assessment and certification process. It is relayed to the sites by a network of correspondents and managers: ISO 14001 — external certification — an internationally agreed standard that provides criteria and a precise framework for companies wishing to set up an effective environmental management system.

Also known as Nexans Excellence Way (NEW), this methodology is included in the management processes at the Group's industrial sites. All sites must draw up an environmental crisis management plan which must be regularly audited and backed by investments in protective equipment such as containment basins and valves to prevent pollution from outside the site, as well as emergency intervention kits (contaminant booms, mobile valves, etc.). This equipment is tested during dedicated verification exercises.

Asbestos, another object of continuous monitoring

An integral part of the Group’s policy, the monitoring of asbestos is incorporated into the audit tools used when conducting assessments for the internal EHP label.

Installations classified for the protection of the environment (ICPE)

This concerns the majority of Nexans production sites in France. The main issues required for monitoring and regulatory reporting include waste management, noise pollution, water and soil pollution and greenhouse gas emissions.

Constant vigilance against all pollution

The ISO 14001 certification and the corresponding audits contribute to our efforts to reduce the Group's environmental footprint and control its pollution risks. With this in mind, the Group analysed the sources of pollution produced by each of its business activities and has implemented numerous measures in compliance with regulations.

Nexans has also implemented a series of initiatives designed to limit:

The third largest producer of CO₂ emissions at Nexans is transport. That’s why Nexans joined the ADEME FRET 21 charter in 2020 in order to reduce CO₂ emissions related to inter-plant freight from France and Belgium to neighbouring countries. To achieve the target of at least 5% reduction by 2022, we have decided to optimise our loads and focus on modal shifts (from road to rail).

Our three levers for action are: 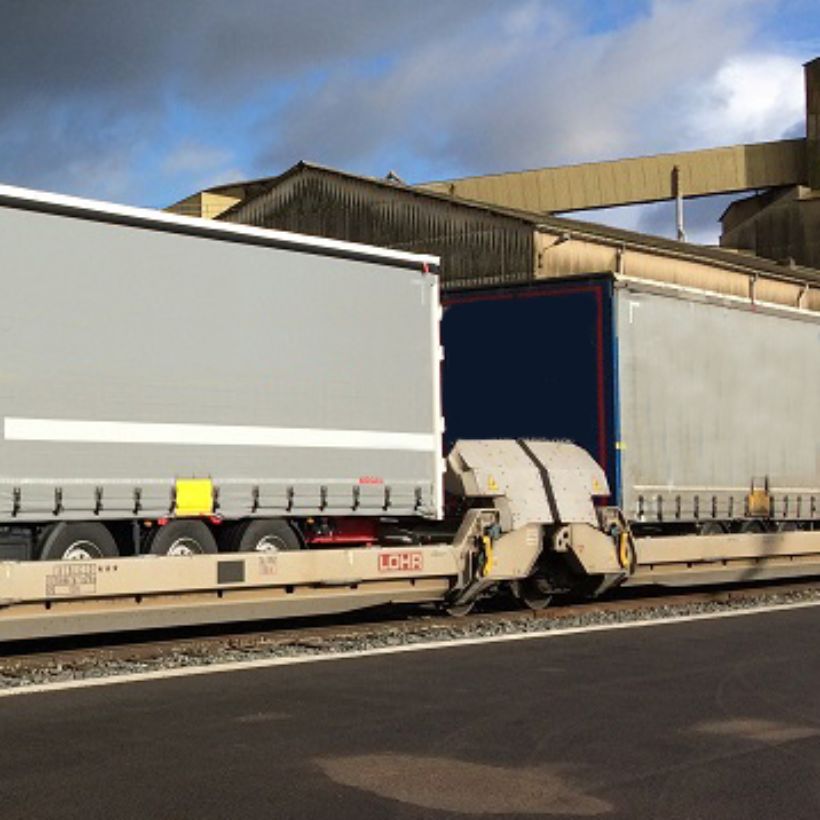 We intend to extend the scope of some of the actions already carried out to the Group’s 120,000 shipments within Europe, and to implement road-sea transport for some of our transport streams. And, tomorrow, we will take this to global level!

“ Among the success factors of the FRET21 operation: the collaborative work between the CSR and Transport Purchasing departments - our excellent tool for managing and monitoring measured data, and above all… the audacity to get started! ”

“ While accompanying Nexans, I was able to witness first-hand how the entire Group was given the impetus to contribute to carbon neutrality through the commitment to reducing emissions generated by industrial activities, staff business trips and goods transport. ”

Joint Manager of the Mobility and Energy Division at Carbone 4

Our environmental and risk management policy aims to establish a sustainable approach to enable our industrial processes to conserve resources.

A dedicated working group composed of the Operations, Innovation, Purchasing and CSR departments proposes a joint approach to reducing CO2 emissions and energy efficiency. This includes the purchase and production of renewable energy at the sites as well as the improvement of energy efficiency. To this end, a quarterly energy consumption collection system (electricity, gas and fuel oil) has been set up at our industrial sites. For instance, several of the Group's plants have started replacing traditional lighting with more energy-efficient LEDs. In addition, some countries use renewable energies: solar panels in Cortaillod (Switzerland), solar heating in Suzhou (China), wind power in Buizingen (Belgium) and photovoltaic panels in Lebanon.

of Nexans sites in Germany are ISO 50001 certified

of Nexans sites got awarded by environmental certification

certified sites is the target for 2030 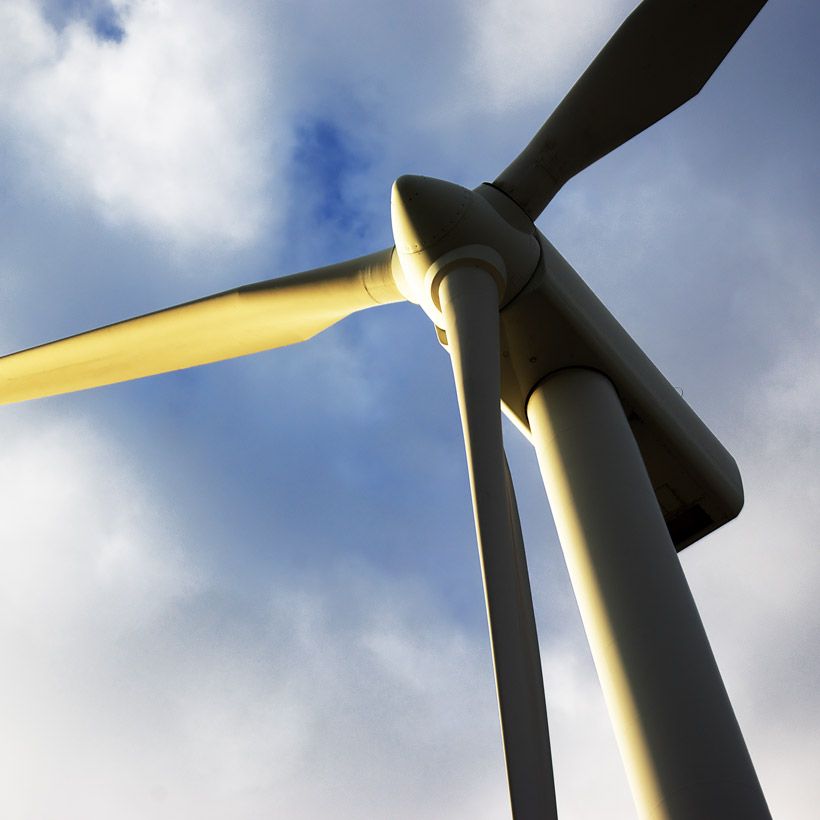 Buizingen, a site in the wind

The first Nexans site to be powered by wind energy is located in Belgium. The two 2 MW turbines generate annual savings of €200,000.

Nexans has joined the RE100 initiative of the Climate Group, a global initiative bringing together the world’s most influential companies that are leading the transition towards 100% renewable electricity. 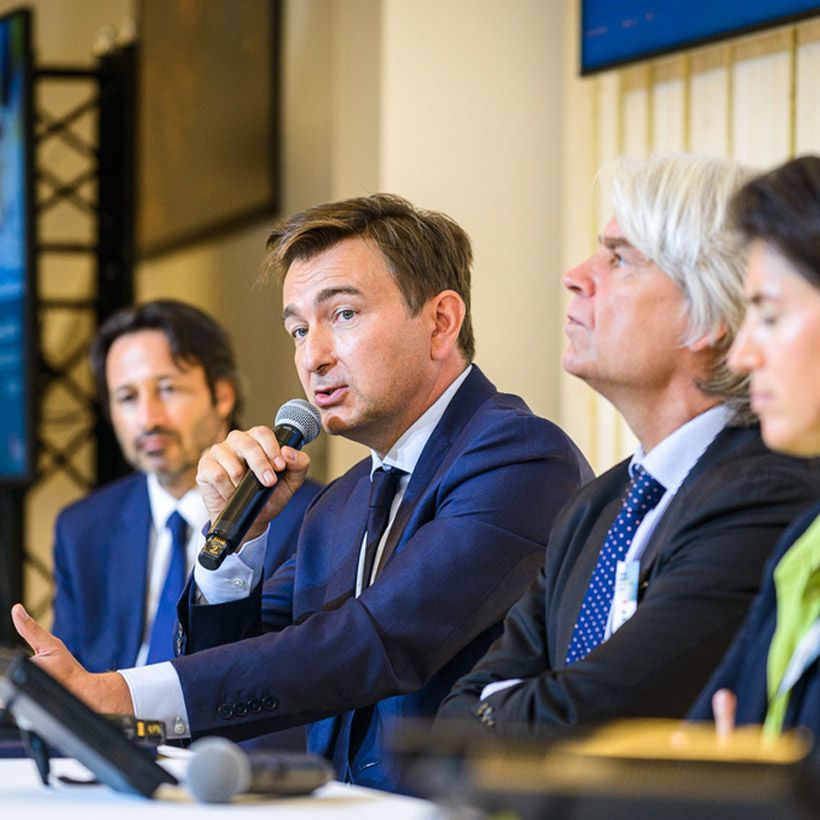 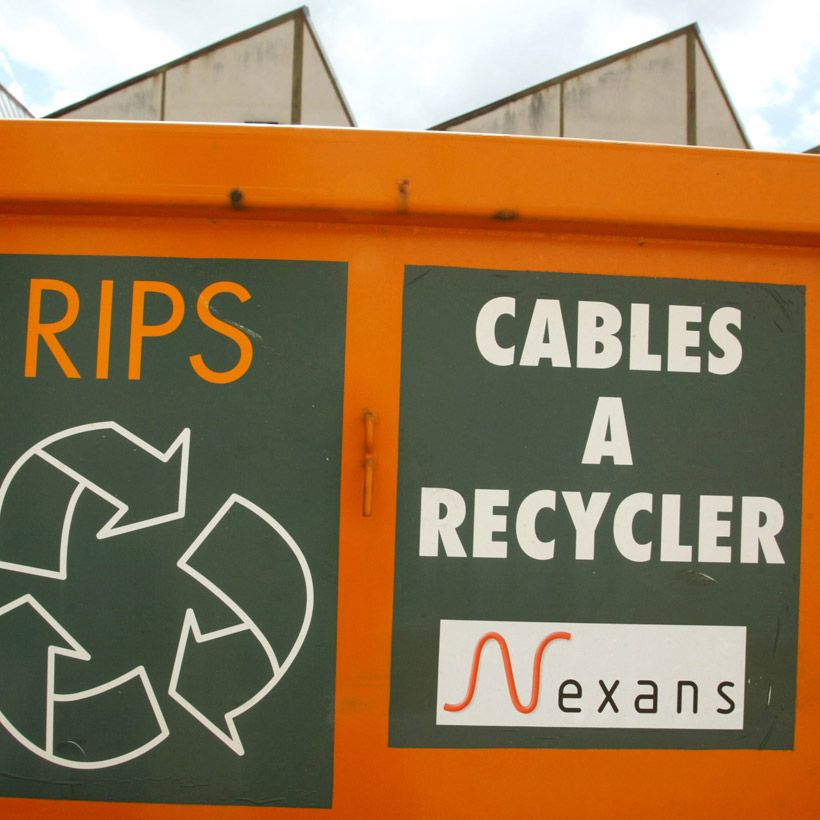 In 2017, Nexans launched this recycling offer which enables it customers and partners to recover and dispose of their waste copper and aluminium cables.

Not only is Nexans investing in closed-loop cooling systems but the sites that consume the most water are also subject to special monitoring and customised action plans. A consumption collection tool has been added to this annual monitoring of sites since 2020 to better monitor the developments. In parallel, a study dedicated to water management started at the end of 2020 using leak detectors placed on meters.

Nexans is endeavouring to maximise the proportion of recycled copper used in its cables, in particular through its vertical integration in copper metallurgy. This industrial advantage contributes to the overall reduction of the Group’s carbon footprint and the conservation of natural copper resources.

Water recycling rate for 52% out of the 55 sites using cooling operations.

of recycled copper in 2021 (compared to 24,000 in 2020), melted in the continuous casting processes of Montreal (Canada) and Lens (France), i.e. approximately 5% of our factories’ requirements. 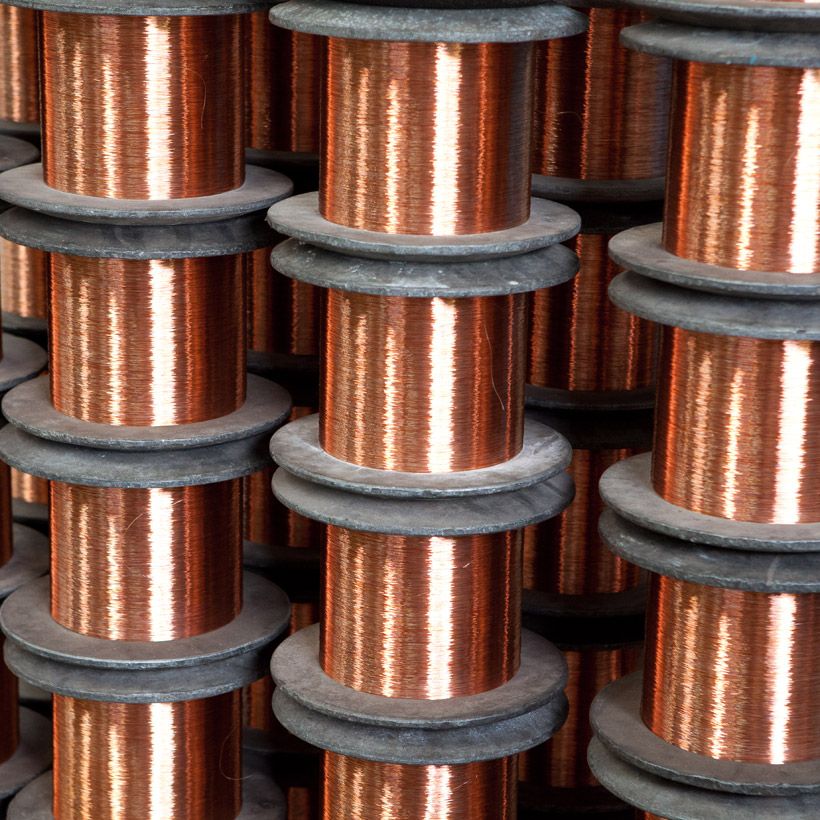 Nexans has become an active member of Copper Mark, the only organisation that strives to ensure sustainable copper production and whose CSR priorities reflect those of Nexans, i.e. to actively promote responsible production practices. The Group has been invited to participate in Copper Mark’s three Working Groups — Due Diligence, Technical and Transparency — which provide a framework for the collaboration by stakeholders on current and future guidelines on social and environmental responsibility, governance, ethics and innovation.

A duty of excellence with regard to the climate

In line with the goal of limiting global warming to 1.5°C in accordance with the Paris agreements, the Nexans Climate Plan, revealed in September 2020 on the occasion of Climate Day, is aiming to achieve carbon neutrality by 2030. This includes a reduction of 4.2% (compared to 2019, reference year) in greenhouse gas emissions for scopes 1 and 2 and part of scope 3, as well as in the transport of raw materials. Also in the roadmap: 100% of R&D projects to be dedicated to the energy transition and sustainable electrification, 100% of the vehicle fleet to be switched to hybrid or electric vehicles and 100% of production waste to be recycled.

To coordinate this roadmap and monitor progress, a dedicated team is led by the CSR department and representatives from the Industrial, Purchasing and Technical departments, and sponsored by the Corporate Executive Vice President of Innovation, Services & Growth and member of the Executive Committee.

Learn more about this: 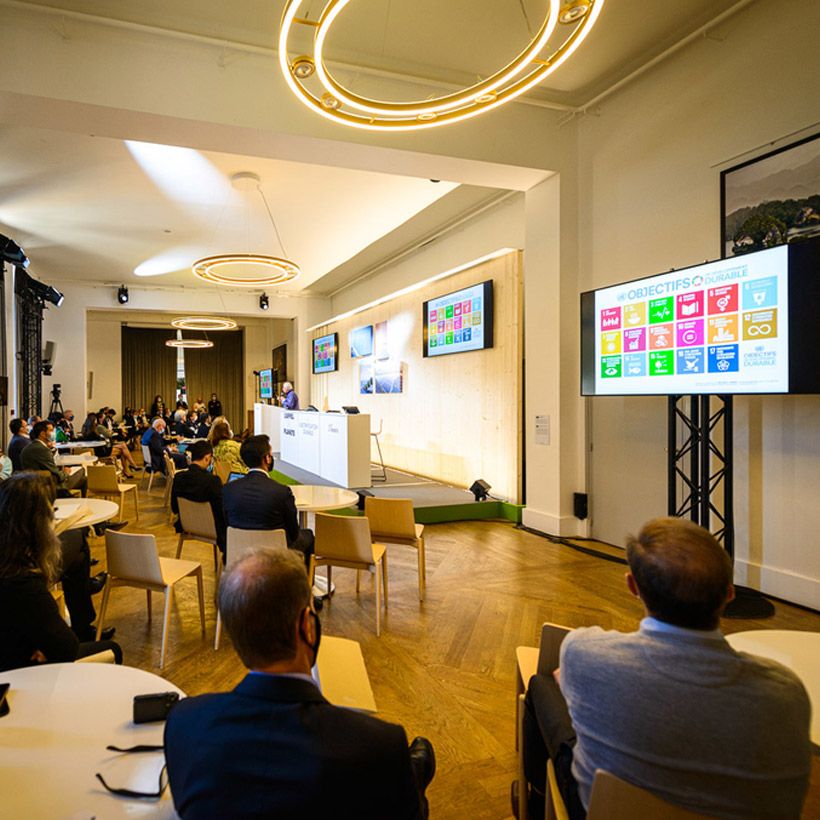 Nexans' goals and roadmap for contributing to carbon neutrality form the subject of intense communication operations.

For example, Climate Day, held in September 2020, was the subject of a special issue of the in-house magazine, and was followed up by an awareness-raising campaign which took the form of posters entitled “Did you know?” and interviews filmed around the world reporting on actions for the planet taken by employees.

Another annual unifying event within the Group is the Climate Fresk. This educational, fun and collaborative tool, which took place in the form of workshops, brought together groups of colleagues and highlighted the links between climate change and human activities.

of Nexans employee automobile fleet to switch to either hybrid or electric vehicles by 2030.

Our CSR approach: 1 scorecard and 3 pillars