Make your mark on the future of Nexans: every day, through our work within the Group, we contribute to improve our world, bringing energy to life. 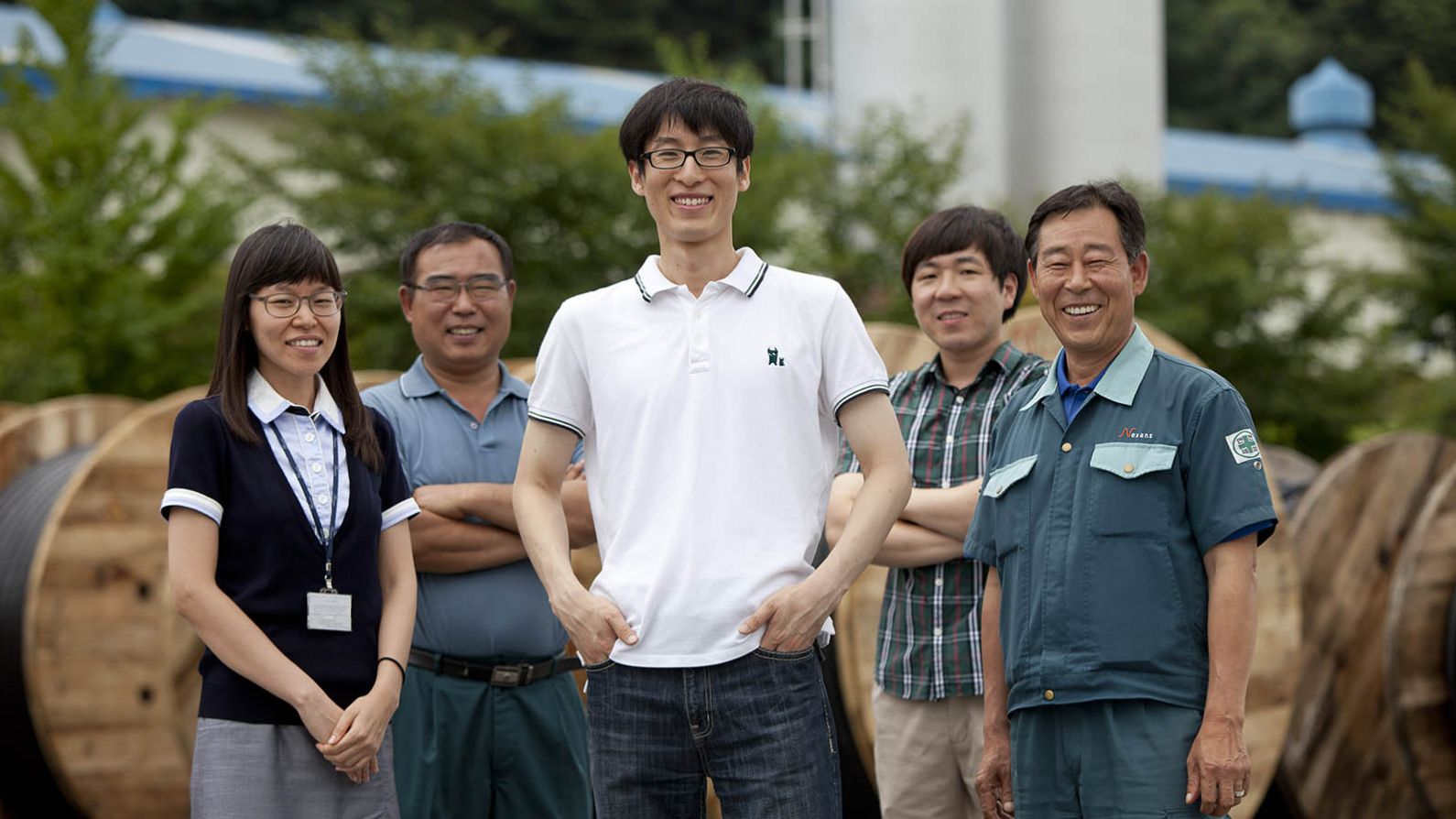 At the heart of our company are the people that make us who we are. Our future is shaped by your creativity, inspiration, aspirations and motivation. This is why we are giving you more opportunities to get involved, have your say and enjoy recognition for your achievements.

Over recent years, we have launched a series of initiatives to give you a more active role in building a company capable of meeting tomorrow’s challenges. By stepping away from traditional hierarchies, we can create new synergies and fresh creative energy.

Learn more about this:

Engagement is at the heart of Nexans transformation journey. Following our opinion survey and a set of qualitative interviews, a generational gap was identified: Millennials were significantly disengaged compared to our global workforce.

We transformed this diagnosis into an opportunity for more agility and creativity led by our Generation Y. The project “rewYre – the discoverY Expedition” was born. From the key priorities identified in the opinion survey (sense of belonging, reward & recognition…), 14 Expeditions were launched in Europe to explore potential ideas that could have an impact on engagement. The diversity of the Expedition groups, from the production site to the HQ support function, and the agile project mode, 4 months to run a pilot in one of Nexans’ site supported by an Executive sponsor and a facilitator, made this experience rich and powerful. “It is very rewarding on the individual and collective side, we learned a lot about ourselves and on Nexans”.

iDAY – Coming together to drive innovation

One of the main employees’ expectations is to be listened. This was the purpose of the iDay: during 24 hours, Nexans people can give their ideas to improve their company. Everyone could post their own ideas, and like or share other people’s ideas on a dedicated digital platform. The proposals that received the most votes were then reviewed by an internal jury and the best of the best will be implemented over the coming year. Over 2 400 employees in Europe brought around 4 000 fresh ideas during this day !

Do you know someone who has gone the extra mile? Who has demonstrated a remarkable result, achievement and behaviour in the past year?

Following the Employee Opinion Survey results, we decided to create the REMARKABLE PEOPLE in 2016. This yearly recognition program is about acknowledging, sharing and celebrating the “remarkable” achievements by the women and men in Nexans in accordance with our values

Every employee across the entire network regardless of country, plant or job role could be proposed. Whatever your hierarchical level or seniority, the value you add will be acknowledged and commended.

This is an opportunity to publicly celebrate individual or a team success with a dedicated award ceremony and internal communications campaign. However, it is above all about fostering recognition, promoting internal best practices and encouraging innovation.

Every year, people managers are invited to nominate individuals or teams for what they consider to be a “remarkable” result/action/behaviour. These nominations embody the “extra mile” initiative which is what we call the “Wow” effect.  It’s when someone or a team goes way beyond their normal duties in their daily activities. It’s an extraordinary attitude in one’s daily working life.
Using a dedicated platform the initial supporting manager forwards their applications to their own Manager, up to the relevant Management Council member. Each person in the process has the opportunity to give feedback, question and maximise impact for each application.The Management Council member reviews their applications and forwards those they approve to a dedicated Award Selection Committee. This Committee, representing all functions and geographic zones, reviews all the applications and selects a short list for approval by each member of the Management Board.  A specific Remarkable People Review with the Management Board is then held, for a common review and final decision on the winners.

The Management Council members are then advised of the winners in their scope and organise a surprise announcement to the winners in person!  An award event is organised thereafter where each winner receives a certificate, trophy, pin, and a hotel stay. This recognition program and the winners is widely communicated and generates a lot of interest and buzz in the Group.

Nexans has been offering employee shareholding plans since it’s early days, with the first plan being offered in France in 2002. Since then, we launch plans every two years, regularly opening the offer to additional countries.

For this 8th edition, employees demonstrated their engagement and their confidence in the Group more than ever before: nearly 22% of the employees in 24 countries subscribed to Act 2018. A record for us, since we had registered subscription rates of around 15% for the last two editions.

As of December 31, 2017, our employee shareholder rate was of 3.34%. With our new plan, we are going to reach 4,3%, confirming Nexans’ ranking among the French industrial companies in the SBF 120 with the highest employee shareholding rates.