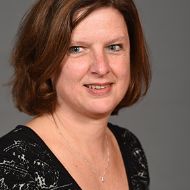 The night of March 10 2021 saw one of four data centres operated by OVH in Strasbourg completely destroyed by fire. The consequences for their customers were immediate and the costs of repair for the operator enormous. But such fires aren’t rare. Each serves as a reminder of the importance of a flame retardant cabling infrastructure to help protect a building’s occupants, rescue teams and technical equipment.

Cloud services provider OVHcloud owns 27 data centres worldwide of which 15 are located in Europe. The fire in their Strasbourg plant incinerated one and saw four out of 12 halls of an adjacent building go up in smoke. During this incident over 3.6 million websites and 464,000 domains were inaccessible.

What happened to OVHcloud isn’t a one off. There are multiple examples of data centres that have turned into bonfires over the years, despite having sophisticated detection systems in place. In April 2012 a fire in Dutch telecom operator Vodafone’s Rotterdam data centre cut off one million customers from their network. In January 2015 Amazon saw one of their data centres in Washington DC burn to the ground. And a year later a similar fire caused a major disruption at Delta Airlines, leaving passengers stranded and the airliner with a estimated loss of 150 million $.

It took more than 100 firefighters to contain the Strasbourg fire of the 4 storeys data centre and avoid it from engulfing the whole site. Luckily no one got injured. Despite a quick response the fire was able to spread rapidly, partly due to the warmth generated by the server rooms.

But data centres house more than just server racks, cooling and detection systems. Kilometers of copper and fibre optic data cables ensure a constant flow of data packages from and to the servers.

In the event of a fire, cables can contribute to propagating the flames quickly throughout the rooms and their burning materials can ignite secondary fires along the way. The toxicity of smoke produced may not necessarily lead to casualties, as data centres are typically low-populated, but controlling the fire can be complicated and slowed down in case of opaque smoke emission. In addition, the corrosive gasses released during burning may damage electronical and electrical equipment.

Although the exact cause of the OVHcloud incident still needs further investigation, it is clear that even data centres can be hit by fire, despite sophisticated early detection systems.  Hence why choosing cables with superior fire performance is crucial for all buildings, including data centres. In the EU these fire performance levels are stipulated and classified in the Construction Products Regulation and its related standards for communication, power and control cables, meant for permanent installation in buildings and other civil works.

The Construction Products Regulation (CPR) came into force in July 2017. It provides harmonised rules for marketing said cables in the EU and a common technical language to assess and declare a cable’s reaction to fire performance according to EN 50575. In practice it means that a manufacturer, when placing a product on the market,  must draw up a Declaration of Performance (DoP) identifying the cable, its intended use and fire performance characteristics, based on testing and certification by a Notified Body. Only then can cables bear the CE mark for CPR compliance.

As with all European regulations, CPR became law in all member states. Although intended to harmonise national and local specifications throughout the EU, however, not every country imposes the same performance levels for a given building environment. This said, there is a common growing tendency towards Cca and even B2ca cables, the highest applicable ratings in terms of flame spread and heat release, to be used as the default requirement

Nancy is a Product Manager at Nexans Cabling Solutions responsible for the Category 5e, 6 and 6A cable and connectivity portfolio. She acquired over 20 years of experience in both the commercial and technical fields of the LAN industry with a focus on the enterprise market.