The 4 Types of PoE 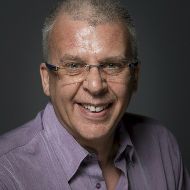 When Power over Ethernet (PoE) was first standardised in 2003 nobody could have predicted how important and globally dynamic its market would be today. Under the stimulus of IP Convergence and the Internet of Things a wide variety of end devices were introduced into the network. And all require power. With time, the need for more power forced standardisation body IEEE to ratify higher power levels of PoE. This post looks at the 4 PoE Types and the power each delivers to the end device.

The 4 types of PoE

When the standardised PoE Type 1 first appeared in 2003 it managed to deliver 13W to the end device. To achieve that you required a Category 3 or Category 5 cable, 350mA of current and an Ethernet speed of up to 100Mbps.

6 years on, under the influence of IP convergence and an uptake of PoE devices, it became clear 350mA wasn’t enough. Advanced IP phones with large screens, access controls, Wireless Access Points supporting 802.11n technology and advanced IP security cameras needed more power to operate. So, in 2009 the standardisation body IEEE made Category 5e the minimum cable grade for PoE. With this new PoE Type 2 standard, 25.5W, using 600mA of current at a transmission speed of 1000Mbps, could be delivered to the end device. And for a while all was well…

But by 2018, IEEE was forced to act again and introduced a 3rd and 4th Type. PoE had meanwhile extended its reach to a myriad of devices. Once proprietary systems such as LED lighting, climate and access controls were now being converged to IP. Powering high-performance wireless access points, digital signage, advanced pan-tilt-zoom cameras and even desktop computers with Type 1 and 2 became impossible as they required more than 30W to function.

Type 3 supports 10Gbps as well as 2.5Gbps and 5Gbps to connect the latest 802.11ac Wireless Access Points. Using all 4 pairs of a copper data cable, instead of only 2 with Type 1 & 2, the amount of power doubled to 60W on transmit assuring 50 Watts ended up at the powered device. Type 4 was introduced to power large TVs, digital signage and laptops which require around 70W.

Didier started his career in the early eighties as R&D engineer working on the development of Optical Fibre transmission systems making use of the very first generations of optical fibres, connectors, lasers and photodiodes. He joined Nexans in 1991 as Project Manager dealing with cabling and networking systems installation in EMERA and Asia. Later he became Project Design & Support department Manager at Nexans Cabling Solutions (LAN cabling Systems). Didier is currently the Head of Technical Support, Training & Certification of the Nexans Telecom Systems Business Unit. Didier is an Engineer in electronics and holds a masters degree in Management of Innovation. He is Senior expert in data cable and cabling systems within Nexans TESLA (Technical ExpertS Ladder) and a member of National and International standardisation committees such as ISO/IEC JTC 1/SC 25/ WG3 and CLC TC 215/ WG 01.