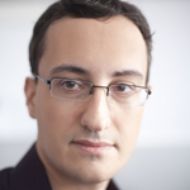 Today, over one billion people worldwide do not have access to electricity, mainly in Sub-Saharan Africa and Asia. This is a staggering figure to those countries where electricity is a commodity, taken for granted every time they turn on a light switch. But the consequences of energy poverty are far more significant than living in darkness. Education, social welfare, and health are all affected placing additional barriers to economic and social development for those who are in greatest need.

As an example, Ivory Coast is home to more than 25 million people and known for its beach resorts and rainforests. One problem this West African country faces is the lack of funds to electrify all its health centres. This leads to a high death rate, mostly with newborns.

A similar issue can be found in North-Kivu, a province in the east of the Democratic Republic of Congo bordering Uganda and Rwanda. Local hospitals can’t properly function without electricity to power medical devices, refrigerators to store medicine or lighting to operate at night.

Power for the people

Created in 2013, the Nexans Foundation supports projects of a social and humanitarian nature, fighting energy insecurity and poverty worldwide. An example is the large non-profit association Electriciens Sans Frontières (Electricians without Borders) to which Nexans provided low and medium voltage power cables.

In recent years, in the Ivory Coast, the Foundation is funding the local NGO Shekina that installed solar panels in 6 health centres. This results in better access to healthcare for 30.000 people, and similarly, in North-Kivu, the Foundation decided to sponsor the NGO Green Energy for All to improve the patients access to healthcare. The project focused on the city of Benin where six hospital centres were linked up to the distribution network of Energie du Nord-Kivu (ENK).

Since its creation, the Nexans Foundation has supported 111 projects in 38 countries in partnership with 62 organisations, bringing electrical power to nearly 1,400,000 people. This year, the Foundation selected 11 new projects that will be conducted in 9 countries by 11 associations.

Most projects are developed in Sub-Saharan Africa, but also Morocco, Lebanon, Asia, South America and Haiti. Next to the 11 new projects selected this year, the Foundation also send emergency humanitarian aid to Lebanon as part of a partnership agreement with the Ministry for Europe and Foreign Affairs and Electriciens sans Frontières.

Yves Debroyer joined Nexans in 2000 and is responsible for external communication in Nexans Cabling Solutions, as part of the Nexans Data & Telecom Business Group. Yves studied medieval history and currently resides in the belgian village of Buizingen. Whenever possible he likes to travel around Europe visiting historical locations.