Overcoming challenges in scaling up networks 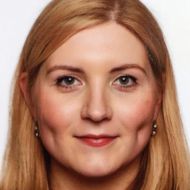 A definition of scalability

Scalability could be described as “the ability to handle increased workloads by repeatedly applying a cost-effective strategy for extending a system’s capacity. Scalability refers to how well a hardware or software system can adapt to increased demands. For example, a scalable network system would be one that can start with just a few nodes but can easily expand to thousands of nodes.”*

Today, it is more important than ever that networks can scale up easily, with regards to footprint as well as number of users. There are many reasons you may need to scale up networks. You might need to accommodate a large number of new devices to support IoT or edge computing applications. Or business might be booming and you might need to introduce a large number of new employees – and if this is required for a temporary project, you’ll need to scale down again. Production plants may need to scale up the number of connected devices and accommodate machine-to-machine communications. Medical facilities may need to add permanent or temporary capacity in response to a crisis situation.

Of course, ‘new’ sections of infrastructure need to meet the exact same specifications as the existing parts. That means the same bandwidth and reliability, latency and ease of use. However, as networks become increasingly complex, ensuring the underlying infrastructure can be adapted – without overspecifying, introducing huge costs, or rendering the network hard to manage – is a challenge, Assigning new ports can be time consuming and error prone if not handled in a smart way, for example.

Scaling up a LAN, for example, is a lot more complex than simply adding new devices to the network. There are factors to consider related to compatibility, interoperability, management, security and maintaining bandwidth and latency. When adding a large number of ports, to accommodate more devices, or cover a larger area, any delay between server and end user, caused by the network’s reserves being stretched, can result in system-wide delays, or even unavailability. When nodes or resources are moved further apart, a node or resource might ‘freeze up’ while it awaits a response from another, thus hogging system resources. It’s also important to remember that although a Wireless Access Point may be theoretically capable of supporting a vast number of devices, the average bandwidth per user drops with each new device. If a very large number of devices are connected, available bandwidth can become so ‘diluted’ that it becomes unusable.

Ideally, you won’t want to mix different devices, standards, protocols and so on, as even the smallest incompatibility may introduce issues related to management, operation and security. Of course, in business-critical or medical environments, this is to be avoided at all costs. In an environment offering, for example, patient care, reliability and redundancy levels can never be high enough.

One step at a time

In short: an ideal solution would offer maximum flexibility for expansion and a long useful life, though multiple technology upgrades. However, simply adding ports every time you need to scale up presents challenges related to cost, downtime and network management. Investment costs and networking needs should be balanced in a ‘pay as you grow model’, allowing you to avoid making enormous and costly expansions and ending up with underutilized capacity.

One approach to making LAN scalability in critical environments easy is following a Fibre To The Office (FTTO) solution. This provides Gigabit Ethernet to end user devices by combining passive fibre cabling and active switches. Floor distributors are not required and distances of over 100 metres can be covered seamlessly. FTTO offers high bandwidth reserves and availability of a single fibre bundle with up to 144 connections ensures readiness for future growth. Short link lengths (3-5m) between switch and end devices, and the absence of cable bundles, reduce power and heating losses. FTTO grows with user needs and may easily be adjusted to new technologies and applications, combining fibre’s long operational life expectancy with copper’s practical, cost-effective aspects.

Learn more about Fibre To The Office!
Take me to the webpage!

Alexandra studied business administration at RWTH Aachen University in Germany with a major in Technology and Innovation Management and Marketing. Today, Alexandra is the Head of Marketing for the Advanced Networking Solutions division, as part of the Nexans Telecom & Data Business Group. When not creating engaging campaigns for customers or planning the next big event, you will find her travelling - enjoying the energy and cultural richness of Europe or simply at home, having a good time taking long hikes with her parent’s dog’s in the good old German forest.